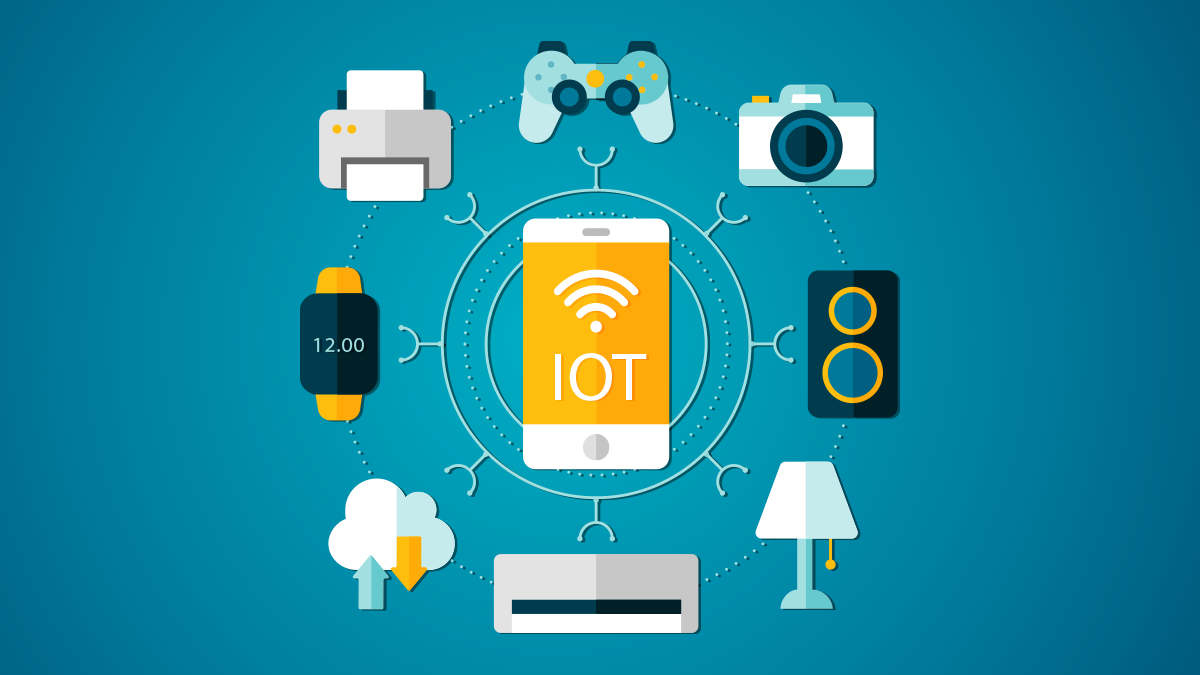 Internet of things is a system interrelated where objects are connected through the internet which can accumulate data and transmit the data over a wireless network without the interference of humans. Here a thing is an object or a biochip transponder which has sensors that alert drivers about issues such as tire pressure, fuel, maintenance and so on.  The thing connected with sensors has the ability to collect data and transfer it over a wide network area without the help of humans.

As per Wikipedia, The Internet of Things describes the network of physical objects- things- that are connected with sensors and other technologies for the purpose of connecting and exchanging data with other devices and systems over the internet.

As per Wipro, The Internet of Things or IoT enabled devices have made remote monitoring in the healthcare sector possible, unleashing the potential to keep patients safe and healthy and empowering physicians to deliver superlative care.

As per AgricultureVictoria, The Internet of things is about making dumb things smart by connecting them to each other and to the internet. It enables physical objects to be sensed and controlled remotely, creating opportunities for more direct integration between the physical world and computer-based systems. 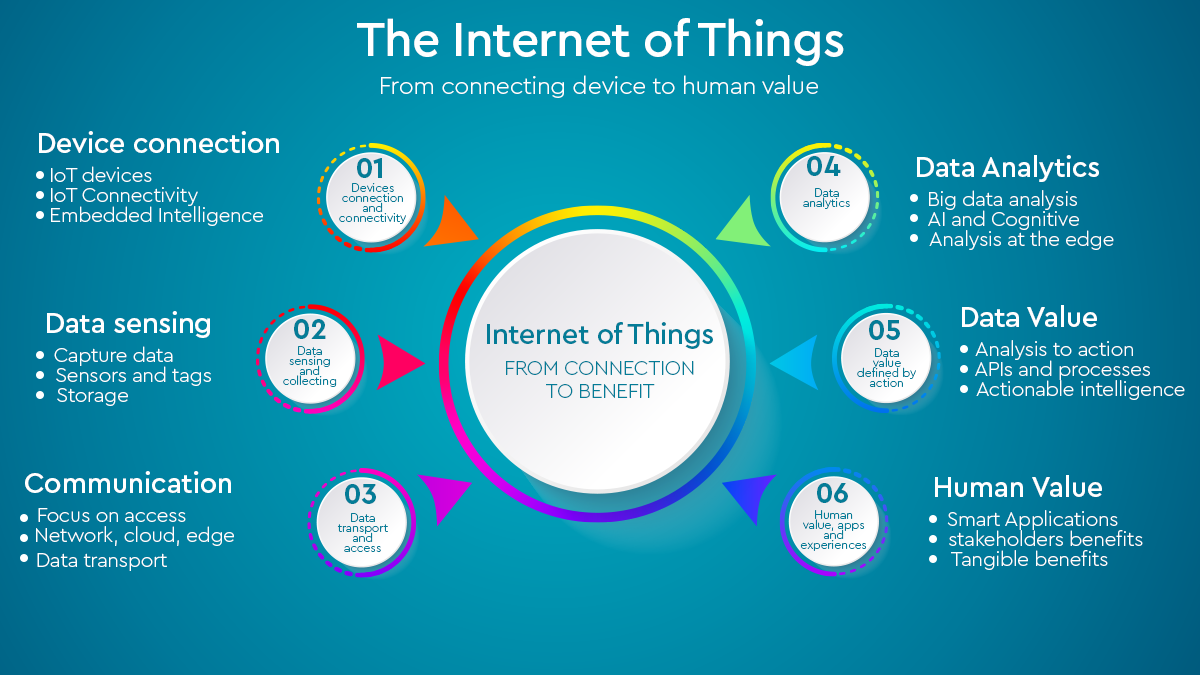 Nowadays, several businesses are getting inspired by IoT adoption. It leads to the possibilities of high revenue, cost reduction, and improving efficiencies. Business wants regulatory compliance. With the help of IoT, businesses get data and insights required to streamline workflows, visual usage patterns, process automation, meeting compliance requirements, and compete in a dynamic environment. Our planet is full of connected devices. The IoT adoption can transform the way business, humans and governments interact with the rest of the world.

The most interesting thing about IoT adoption is that it is adjustable in any technology. The IoT is applied in various sectors of the economy from wearables, Health, Traffic Monitoring, Fleet Management, Agriculture, Hospitality, Smart grid and energy giving, Water Supply, Maintenance Management and so on. IoT can offer relevant information about a particular sector and performance of activity even at distant weather conditions. There are several companies who are adopting IoT technology for process automation, simplification, control and improvement. 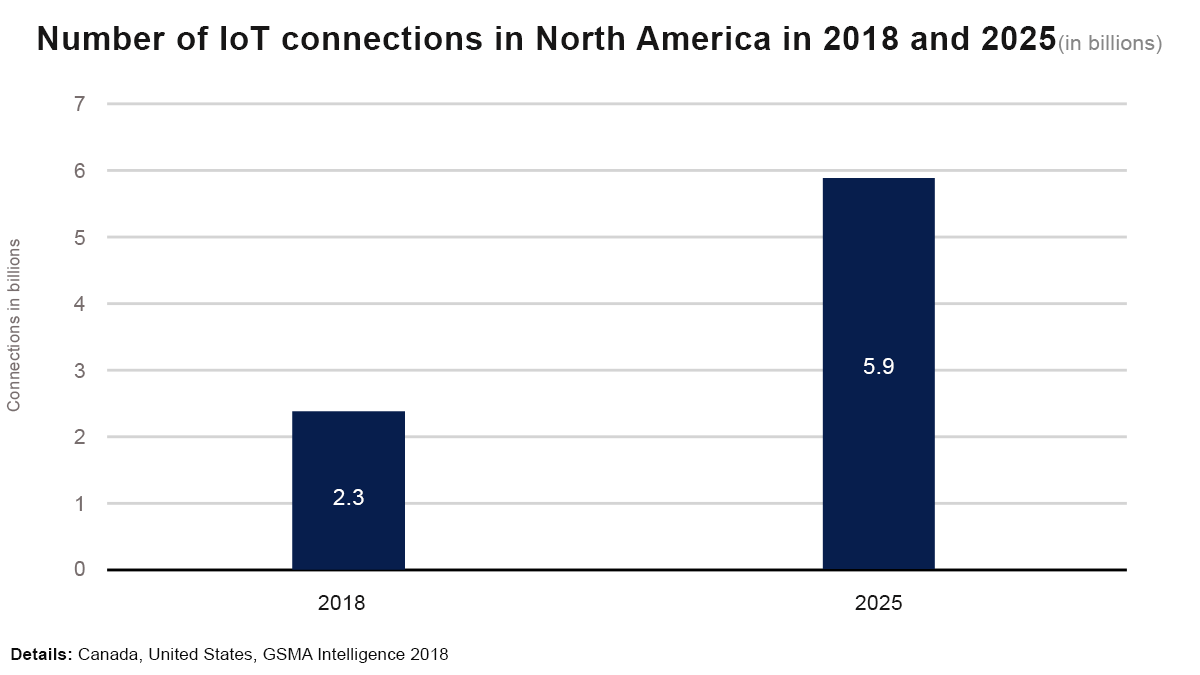 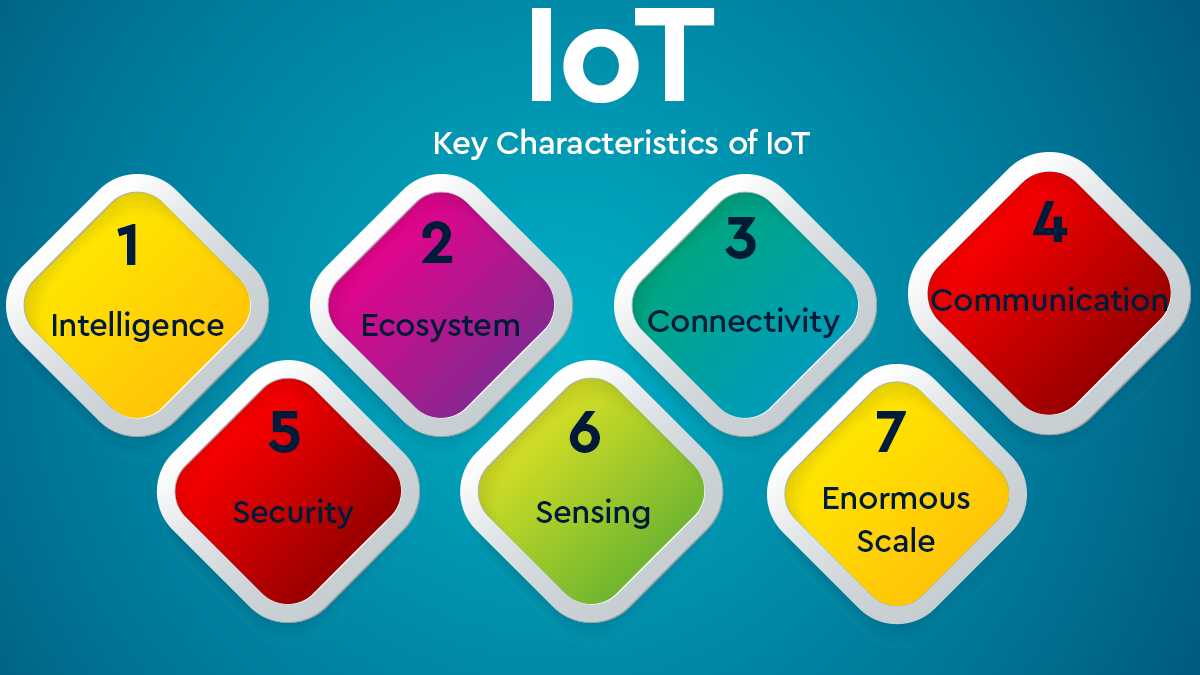 IoT is made of combinations of algorithms and computation, software and hardware which makes it smart. Intelligence in IoT makes it smarter through which it responds to specific situations in an intelligent way and backs it carrying out the particular tasks. It has the great capabilities of sensing in IoT devices and the intelligence assembled from big data analytics.

An ecosystem is the place of IoT from a perspective of other technologies, goals, communities and the picture where IoT actually fits in. The IoT ecosystem is like a community which consists of data and monetary flows help in connecting enterprises and vendors together. The Ecosystem components are Gateway, Analytics, Connectivity Devices, Cloud, User Interface, Database, Automation and so on.

With the help of connectivity, every object is brought together. Such objects are mandatory to connect because their interaction contributes to the intelligence of IoT. Through connectivity, the network is easily accessible and compatible. New opportunities are coming to the market because of the networking of smart things and applications.

Because of IoT, all devices get connected with each other. This leads to the transmission of data among devices and this data can be analyzed further. Communication can happen over long and short ranges. Wi-fi network range is easily accessible because of IoT technology.

IoT devices are jeopardized by security threats. The IoT offers lots of gains and better experiences but it also has some effects. There are chances of high levels of transparency and privacy issues with IoT enabled devices. It is our responsibility to secure our most important networks and the data which is being transferred among devices.

IoT is impossible without its sensing capabilities. Because of sense, IoT is able to gather lots of data and insights. Because of IoT, any change in the environment can be detected. It tells us the true awareness of the physical world and people living into it. Sensing features can immediately inform the status of our environment. Several reports are being made on the basis of data collected by its sensor.

The Internet of things is being used on a big scale. It is projected that there were a total of 5.5 billion new things connected every day in 2015. In 2016, the figure reached up to 6.4 billion globally. In 2020, the total number of devices connected has reached 20.8 billion. It is said that the number of devices that need to be managed and communicated with each other will go up. Their management has become more critical since its high usage.

How Does IoT work? 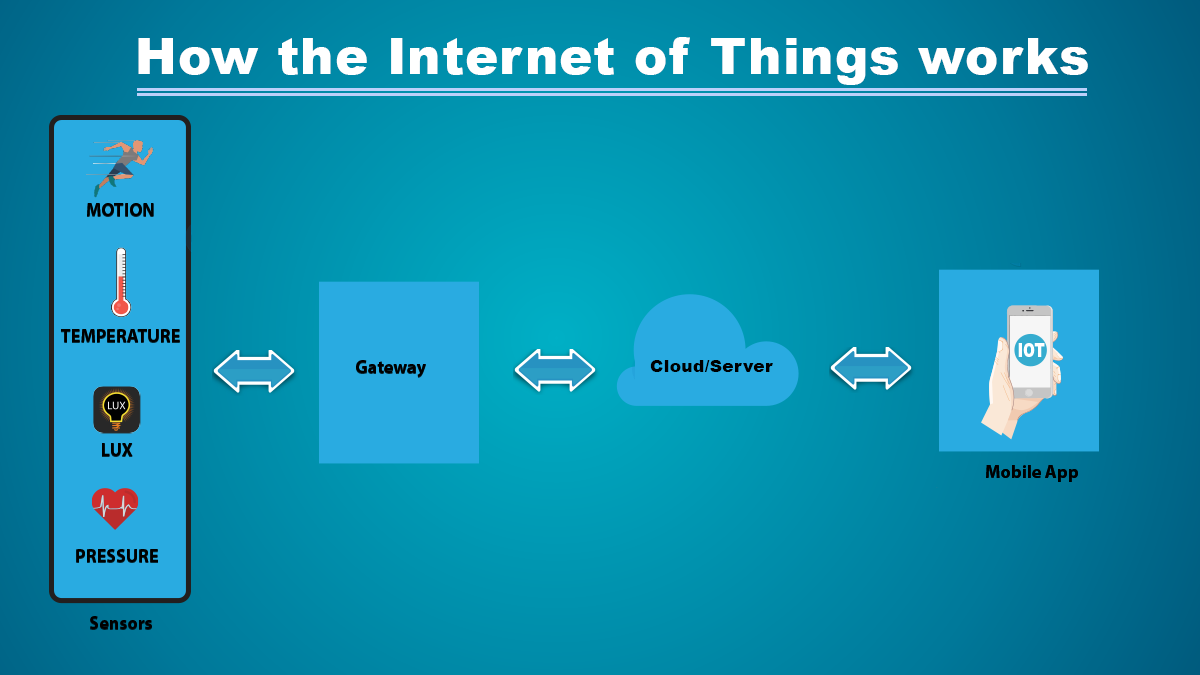 Basically, sensors talk to the cloud through some kind of connectivity which collects data and decides an action to be performed by sending an alert message. Here Machine learning is when computers learn in a similar way as humans do. It collects data from their surroundings and this is what makes IoT management platform devices smart and intelligent.

With the help of data, Machine learns our preferences and adjusts itself accordingly. Machine learning is an artificial intelligence technology which helps computers to learn without the intervention of humans. Your refrigerator can send you the alert notification about fewer eggs and bread because you are roaming in the supermarket. 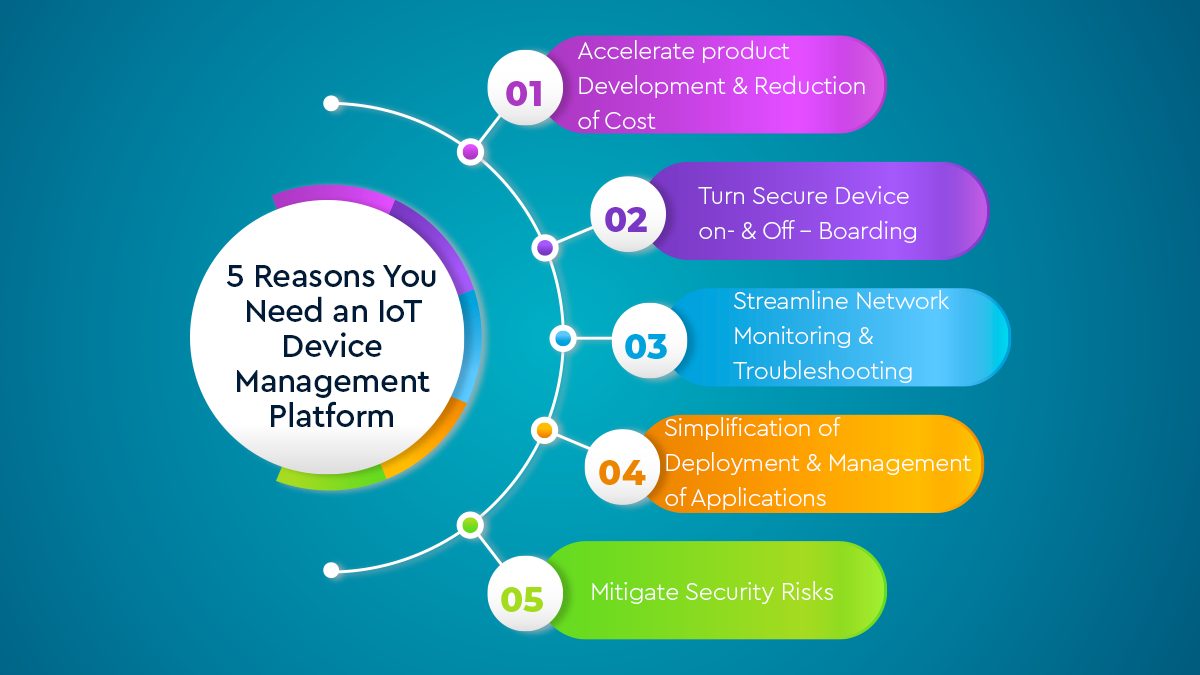 Here we will simply explain why network and device management can easily be overlooked. Several businesses and entrepreneurs are unaware of why they hit it in the first place. We have discussed 5 reasons why you need an IoT device management platform in your business.

The coming of IoT management platform technology in the market accelerates the process of product development which directly reduces the time and cost of the product. Because of its connectivity, everything you need gets up and run. It simplifies and automates the network and device administration tasks which enables them to focus on core expertise which reduces costs effectively.

Your smart device is not automatically connected with the IoT network but you have to add only authorized devices into the network architecture. For configuration, you need a secure approach and a device management tool which will help you to do it in a simple manner. In the case of the web, you can authenticate the end nodes and establish secure communications by registering and attaching them with the authorized stations.

As IoT management platforms are deployed thousands of dispersed nodes and to troubleshoot it manually would be expensive or maybe impossible. If you leave end nodes unattended then you won’t get the data for your business needs. A device management platform offers you with a single pane, top-down view of all network traffic, registered nodes and their status. This can be helpful for you to monitor and diagnose issues on both network and device.

The interconnected components of the IoT network are protected with the latest security features. We cannot approach manually to the network infrastructures specifically those deployed in remote areas. With the help of IoT device management platform tools, it can offer you automatic operating systems and security updates which enables you to save cost. It also assures remote-based stations are prepared for malicious attempts.

Nowadays businesses are adopting IoT technology into their business. Considering its benefits and applications, we can say that IoT is transforming the business to a new level. It is monitored by high privacy and security which protect IoT enabled devices free from cyber attacks. In this article, we have discussed everything about. We hope you find it useful and informative.

What Does IoT stand for?

IoT stands for Internet of Things.

Who Invented the IoT?

The IoT is invented by Kevin Ashton.

What are the major components of IoT?

The Major Components of IoT are Sensors, Network, Cloud and the Things.

How is it possible to connect billions of devices?

It is possible because of Cloud.