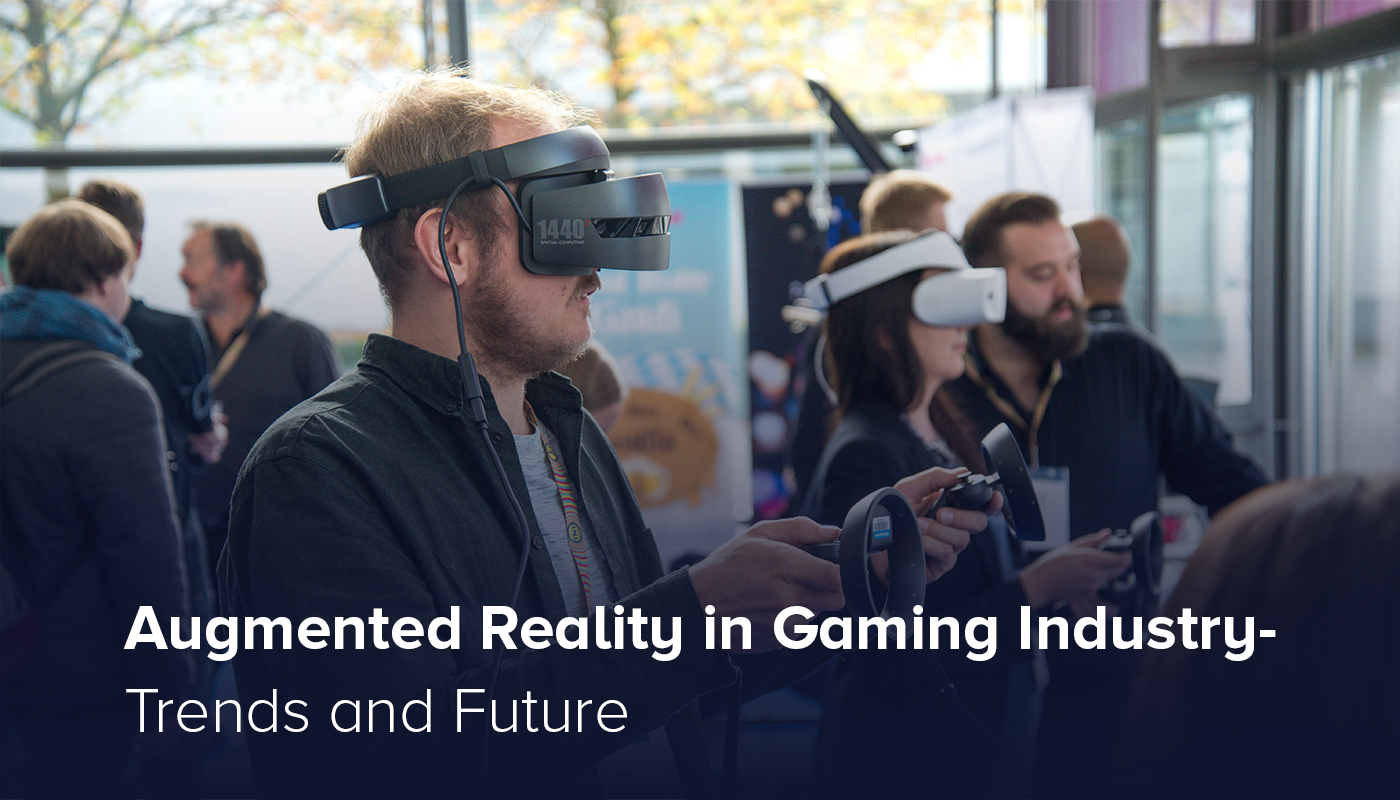 Technology has never kept us humans deprived of what we call amusement. We are here to talk about is the most astounding revolution of it. Augmented Reality aka AR is a technology that superimposes a computer-generated image on a user’s view of the real world, thus providing a bewildering experience we never thought we could witness. While it has already taken over most of the industries, augmented reality in the gaming sector is cherishing it the most. Developers are now focusing on fantasy game development, aiming to unveil the curtains between virtuality and reality. It gives an illusionary vision that is ironically inspired by reality.

Augmented reality in games has shown its commercial value through various experiments in the sector of the mobile game development industry. The reason for its popularity is the groundbreaking technology that makes you land on a virtual world through the lens of your smartphone. This type of experience is growing stronger and stronger in the gaming sector.

Making an appearance in the year 1968 with experimental works of Sutherland, Augmented Reality in Gaming is still a new term in the market. In its leap over years, AR was seen expanding in business, gaming, logistics and many more. The ability of its visual overlay has made the concept of AR hard to resist. In the gaming sector, the term AR felt new for a long period of time. It was until the developers realized the intrigued effect of fantasy game development, an AR game launch made the concept of AR in the gaming sector highly popular.

Pokemon Go and its influence

With more than 147 active users, this game is an astounding example of Augmented Reality. Inspired by our childhood favorite TV show pokemon, the game uses GPS to locate, capture, train, and battle virtual Pokemon characters. Its implementation is simple enough, using the AR technology, the image of pokemon is projected on a physical location.  Now, who wouldn’t want to battle their Pikachu in their backyard? It’s like a childhood dream come true, thanks to augmented reality. Being operated at a very high level, Pokemon Go has truly captured heart all because or AR.

The gaming sector intensely emphasizes on making the experience as much real as possible for the user, which explains the marketability of AR in the gaming industry. Racing slowly through the trends available in the market, AR still has a long way to go. It is an incredible technology that has the capability to turn our wooden doors into magic chambers. Next thing we will know is there will be a Doraemon door that takes us into a world of endless possibilities.

Augmented Reality in the gaming sector will still race forward. It will move ahead in the ways we are least expecting to, but with one promise, to make our gaming experience even more ecstatic.

Have an idea to develop a mobile game reach Mobile Game Development Company.