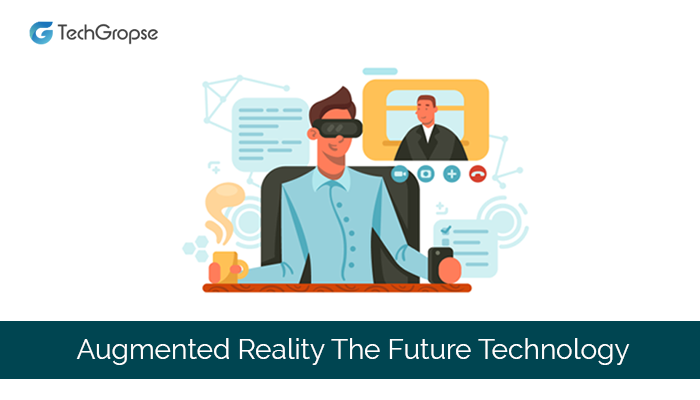 Generally, when professionals in the industry are asked about their opinions on the real-time difference between Virtual Reality (VR) and Augmented Reality (AR), they are probably confused between the two terms however they are two different technologies.

My exploration of this technology suggested to me that Augmented reality is the integration of digital information with the user environment in real-time – unlike Virtual Reality, which completely depends upon an artificial environment.

The AR technology features a real-world environment with a cover of some updated information literally on its top. Hence, we can simply say that Augmented reality is the live view of the real-world environment in physical form, of which elements are developed by the computers that also can be modified later.

Mobile App Development Companies have developed so many applications like mobile games and there are many other areas where augmented reality technology can benefit organizations to grow their businesses.

Pokémon GO is a  Mobile game developed on Augmented Reality and has been one of the best and most well-known mobile games in recent years.

The era of technology is transforming faster, people are relying upon their mobile phones and being a mobile application developer I can say it is really tough to show a lot of information through small mobile screens, for that reason more wearable devices may come in future which will be more convenient for the user who has become a tech-savvy or been using technology in most of their daily tasks.

The biggest challenge AR technology is facing inadequate consumer device availability, this is the reason why most AR applications are designed and developed primarily for mobile devices and then for other device orientations.

Most of the advanced experience devices of Augmented Reality such as glasses and headsets are out of reach of many tech enthusiasts. Hence, the increased use of AR on mobile devices is an advantage for mobile-based AR apps. However, although these apps may not enable sufficient hardware access, they can cover some significant issues.

As we all know Augmented Reality apps feature a real-world environment with digital overlays, similar to Pokémon GO and Google Translate, which can translate text in camera view in real-time. It is not particularly new in a post-Pokémon GO world and Apple’s stab at Augmented Reality actually shares some similarities with everyone’s favourite Pikachu-catching simulator.

Since most iOS developers have gained a hands-on ARKit, this enables developers to quickly and easily create rich augmented reality experiences in the applications they develop.

Google ARCore is said to be the platform with a set of effective tools for developers to help them develop highly interactive AR experiences for users through robust AR applications. The platform comprises many notable features like Cloud Anchors, Augmented Faces and Environmental HDR. These tools help applications to indulge a good environmental understanding of detecting different surfaces and planes.

Apple’s ARKit 3 has been a popular platform for creating effective AR experiences for a large number of users using AR applications running on iOS-based devices. Being one of the world’s biggest AR platforms, ARKit 3 comprises many interactive tools with many exciting features like human movement input to the live AR scenes supporting collaborative sessions alongside.

Amazon recently launched the AR View feature to its application that would enable its users to visualize products in any real-time space on their mobile screens with the help of their smartphone camera.  Users can view thousands of online products like furniture, electronics, toys, games, decorative items and many more listed on the portal in augmented reality.

As discussed before in this blog, Pokémon Go has been one of the most popular games and a significant example of the use of Augmented Reality in the Gaming Industry. The game is available for both Android & iOS devices and enables the players to find species of Pokémon at their nearby locations. Surprisingly, the game has also benefited the field of education to encourage interactive teaching i.e. by encouraging students by integrating a vocabulary term of the subject into a preferred activity for their students.

InkHunter is an AR application which is widely known for its amazing virtualization of future tattoos a user is planning to get on any part of his body before it gets inked permanently on his body. The application will show the users different tattoo designs, which they can project on their body parts in a real-time view and the user can have an idea of how it will look on his body after getting inked.

Modern businesses are now focusing on utilizing the advanced features and benefits of augmented reality to engage a better way of interacting with customers, employees, and partners putting up in different areas and places.

Below are some of the different ways through which organizations can integrate AR applications into their products.

Businesses can utilize Augmented Reality to implement real-time 3D models in their applications with or without integrating trackers to the environment. AR applications generally visualize a digital file or model of trackers or images in real-time where a 3D model can be placed on the real-world surface to turn around it.

AR in browsers provides an enhanced camera display with contextual information for users. For instance, you can take the example of applications that provide users with information about a building like its history or current estimation of market value when they move their camera toward it.

There are already many organizations providing AR facilities on their mobile phone browsers which typically help them to identify the location of walls and other types of surfaces. AR browsers are also empowered with features like 3D tracking and pass-through vision which make them stand out from standard browsers.

Most of the AR applications in smartphones integrate with the Global Positioning System (GPS) & compass to identify the location of the user with precise device orientation. In a newly introduced augmented reality system, it is possible to take the entire world to a big GPS navigation display.

This is a benchmark created by a company Making Virtual Solid, LLC. The AR system can display images on your windshield to project an AR navigation system that can simply be used by any user.

How to get your business into the world of AR

The fact that it does not matter if you are a newbie or have been a programming geek for years, the main thing to consider is you should have a good knowledge of 3D, and Augmented Reality is all about creating a world or environment which seems like the real world, and yes it can be applied in different fields including business, education, tourism, defence, etc.

For any passionate business leader, it is important to integrate the latest technologies into their businesses and augmented reality is one of such technologies of the age.

Augmented Reality has transformed the ways of using mobile applications and playing video games. It has amplified the view of the conventional display of information literally on screens of different electronic devices.

AR is considered an astounding attempt at simulating user experience with real-time visualization of images and slides. If you are also planning to adopt AR to your business and its applications, you can get in touch with India’s leading Augmented Reality App Development Company, TechGropse.

Augmented Reality has emerged as an incredible way for the users providing them with a facility to engage holograms and 3D models in their real-time experience while using applications like Augmented Reality Games and others.