Well, smartphones make the life of human beings easier and more convenient. A large section of internet users can access all the information in a few couple clicks from their mobile. This is why businesses are also showing interest in building applications that help to take their business to the next level. If you decide to build an android app, it is also necessary to choose the language and android app library carefully.

Languages and libraries are important for any android app development. Generally, libraries and behaviour implementation programs have well-defined interfaces and programming languages. With android libraries, it is easy to build a functional app that will provide a great user experience.

In this post, we will describe the top android libraries, their advantages, and other essential information that will help you in choosing the right android services library. So, read out the complete post to get the right answer to your question.

Why Use Android Libraries For App Development? 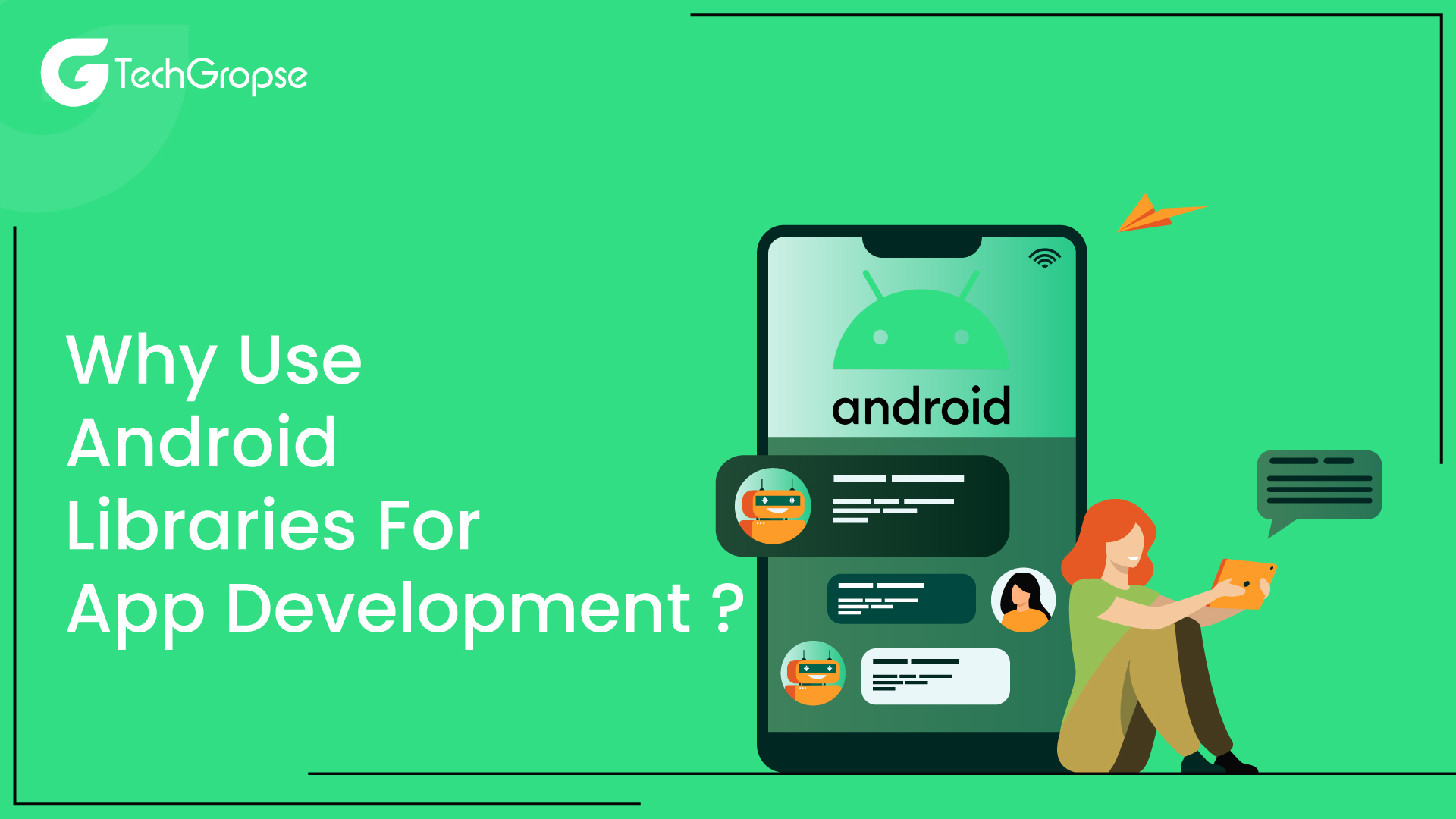 In brief, android libraries are a set of implementations of behaviour that are written in programming language and have a well-defined interface. The best thing about the android library is that it includes configuration data, documentation, message templates, help data, pre-written code and subroutines, values, and many more. 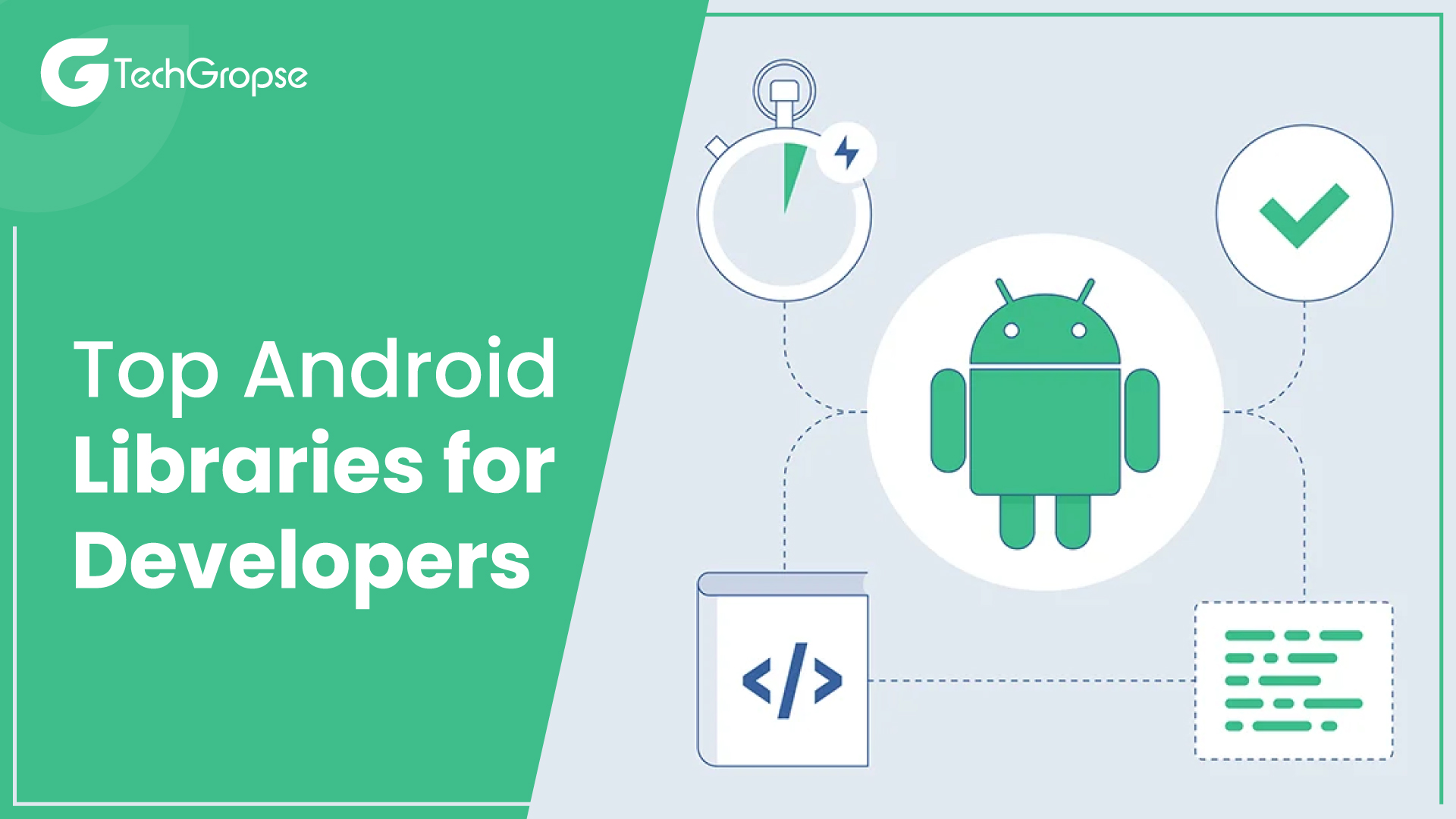 Android libraries are known as a big game changer in the field of digital software development. With efficient Android libraries by your side, you can leverage the tech functionality to its full potential with less boilerplate code. Therefore, you need to choose an android app library that is suitable for your business.

Here, we mentioned a list of the best android libraries so you can choose an option as per your requirements.

This is one of the best android libraries that is mainly using Java annotation processors that include compiling time to calculate and identify dependencies. The main advantage of Dagger 2 is the dependency injection framework is that its strictly designed implementation means that it can be used in android applications. Another advantage of Dagger 2 is that it simplifies access to shared instances.

Using this library you can easily speed up the app development process, relieving you from writing large boilerplate code. This android library usually depends on Java processors for execution and unlike other Java-based dependency injector libraries, it does not require XML parse elements or face runtime dependency issues.

In simple terms, this library simplifies the configuration and testing of complex dependencies. So it can be counted on the list of app libraries for android.

Retrofit is built by square for Android and Java which intends to make it simpler to expand restful web services. This library uses OkHttp as the systems administration layer and is based on it. In modern android app development company in Dubai, this is a must-use library. It works well with both JAVA and Kotlin.

This is an open-source and popular android library. Usually, it is created and maintained by a square that simplifies the process of loading images from external URLs and displaying them on the application. This library allows real-time image loading in an app without causing any time delays.

Another interesting thing about this library is that it can facilitate complex image transformation using only a minimal memory and thereafter allocate vital memory and caching. Thus, it is the best android library that can be used for app development.

Unlike Picasso, Glide is also the best android library that takes care of caching and keeping a low memory impact when doing image manipulations. You know that Official Google applications are using Glide.

The main focus of this library is to focus on smooth scrolling is managed by bumptech and is recommended by Google. Glide focuses on two crucial elements of picture loading performance on Android: the speed at which the images are decoded and any errors that may have occurred during decoding.

Thus, you can say that this is the best android library that enables developers to build a functional android application.

This android library stands for “Zebra Crossing”. Generally, it is a barcode image processing library implemented in Java with ports to other languages. Google also uses this library by web search to obtain millions of barcodes on the web indexable. It always builds the foundation of Android’s barcode scanner app that is combined into Google products and Book Search.

If you are new to the app development industry, you need to choose the framework and libraries carefully. Android libraries assist you in working with multiple functionalities. So, you can choose which android libraries best suit your application type and perform accordingly.

If you are searching for any support on mobile app development or have any doubts about using Android libraries, you can call professional developers to offer instant assistance. Expertise will respond to your queries even through chat and email as well.