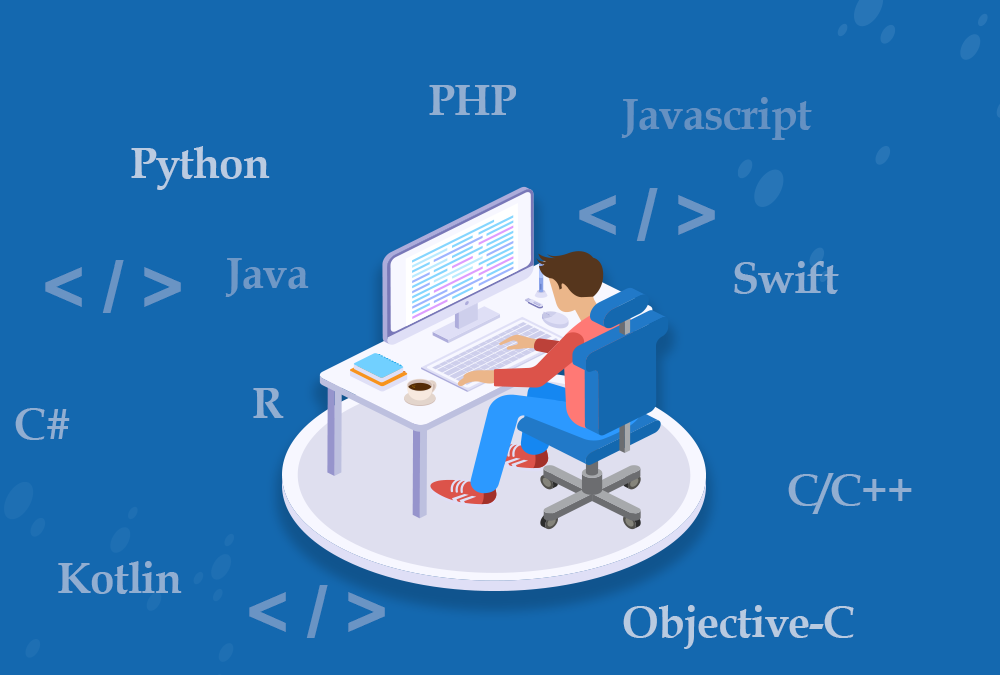 Best Programming Languages to Learn in 2020

Below are the top in-demand programming languages that are the current call of the need by employers. You’ll also learn something about the language and how it is used. But do not let the beginner mark stop you from learning something extraordinary. Even an effective programming language for a beginner becomes more complicated when you learn and understand how to use it.

Objective-C is a C language super-set that offers objective-oriented capabilities and powerful execution time. Objective-C inherits C’s syntax, basic classes, and flow control statements, and introduces class and method description syntax. It also provides support for object graph management and literal objects while dynamically typing and linking, and sweeps several tasks up to run time. It used to be the best language for app development during the initial days.a

Objective-C was the first and only iOS emerging language since Apple launched Swift from 1983 until 2014. Even if Objective-C’s fast successor(Swift) replaces it, Objective-C is still common in 2020. This is because many iOS applications have been written in Objective-C, and the developers need to keep those iOS applications. And as all of us know that maintaining existing features is more cost-efficient than creating new features.

Swift is a good place to start when you are interested in Apple products and mobile app growth. Apple originally announced the modern programming language used for iOS and macOS applications in 2014. Swift was designed for success and developed to meet current iOS development realities from the ground up. Moreover, iOS apps remain the most successful in mobile apps and Swift remains the best app programming language.

Also known as GoLang, Go language is one of the core languages preferred by Google. Go is suitable for engineers who want to join the systems’ programming area because it is a low-level language. It provides a good deal of the same C and C++ features without the rough syntax and steep curve. It is the best language for web server development, data pipelines, and even machine learning packages. GoLang is also a versatile android programming language.

C # (pronounced C Sharp) is a language based on C, with general purposes and an object-oriented framework. Microsoft originally developed it for the development of Windows applications in its .NET environment. C # uses a syntax similar to other C-derived languages like C++, so if you come from another language in a C-family, you can understand it quickly. C# is rapidly becoming one of the best coding languages.

During the early years after C# was launched, it was considered the precise imitation of Java, but both languages contrasted after the Microsoft licensing of C#. After the licensing, C# is the only go-to for Microsoft app development. It also became a widely-used programming language for developing cross-platform applications due to its Xamarian platform that helps in mobile app programming.

PHP is a programming language created as a side project for a single developer in the 1990s. Initially, Software Engineer Rasmus Lerdorf developed PHP for developing dynamic Web applications as a collection of standard gateway interface binaries written into C. The PHP software was eventually added more functions and gradually built into a fully-fledged programming language.

PHP is used for developing server-side web applications making it an excellent option for app development programming language. PHP is losing its attractiveness and popularity as a result of the JavaScript-based client-sector web app growth. PHP is also unstable. Unlike common belief, PHP will soon not die but will gradually decrease in popularity.

JavaScript is the language used to construct interactive effects in Web browsers for object-oriented programming. Typescript is a JavaScript superset that provides a static language typing optional. JavaScript, along with HTML and CSS, is one of the world’s three leading Web technologies. It is also used on numerous popular websites including Google, Wikipedia, Twitter, Facebook, and Amazon at the front end.

The JavaScript programming language is now one of the most commonly used in the world and runs almost all of its controller applications: browsers, pages, mobile devices, clouds, containers. JavaScript can also be used in the Android app language.

Java is one of today’s most popular computer languages of in-demand programming. This general-purpose programming language, owned by Oracle Corporation, is an Object-oriented standard for applications that, due to their Write Once, Run Anywhere (WORA) capabilities are suitable for use irrespective of the platform As a result, the portability of Java across platforms from mainframe data centers to smartphones is recognized.

It’ll be a big mistake to underestimate Python because of its lightweight. Python is highly versatile, powerful, and provides programmers with loads of features. It provides a wide variety of frameworks for machine learning (Best Machine learning framework in 2020). Other libraries in Python, such as TensorFlow, PyTorch, sci-tutoring, and OpenCV, are used for computer vision, image processing, and data science programs. Python is also considered as the best language for Android apps. 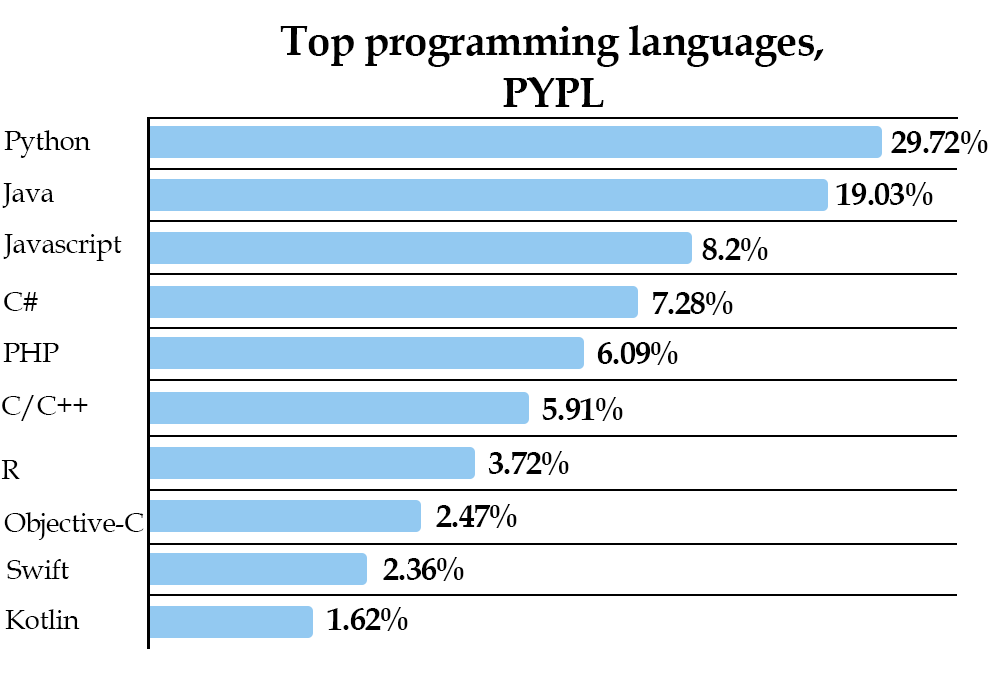 Although the field of computer programming shifts rapidly, the languages mentioned above have a lot of consistency, and they’ll certainly remain as the most popular coding languages for many years to come. You will not only be in an excellent place this year but also in the future years by mastering one or more of these languages. You can only address the question of the easiest programming language you can learn when you begin your journey to coding.