Choosing the best database management system ensures an effective, successful end outcome and streamlined app development procedure. But when it comes to choosing the best database management system, you may face difficulty because there are a number of details to be considered at every turn. Nowadays, it is the talk of the town which one is best, HBase vs Cassandra.

HBase and Cassandra are NoSQL databases designed to manage extremely large data sets. However, they are different, so it is difficult to determine which one is better, HBase vs Cassandra. If you are looking for the best database management system, you need to get the necessary information about them.

In this blog, we will be taking an in-depth look into two popular systems and which one is better: HBase vs Cassandra. With this, it is easy to determine which one is good to store the data.

An Overview of HBase 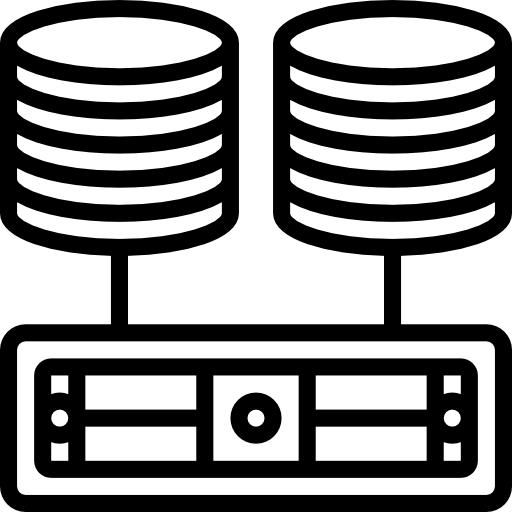 HBase is a distributed open-source and reliable wide-column store database based on Google’s Bigtable. Generally, this model is used to give random access to a large amount of structured data. This database is built on top of the Hadoop file system and is column-oriented.

This database builds on top of the Hadoop file system and is column-oriented. Being an open-source database, it provides data replication. Another great thing about this is that it is used to store the data in HDFS.

HBase is a Java-based database that supports external APIs like Avro, Scala, REST, Thrift and many more. This database has a stand-alone version, but it is used for development rather than production. This is the reason that an app development company chose it.

Once you know what HBase is, you need to know its features that will assist you in choosing the right one, HBase vs Cassandra. Below, we mentioned some main HVase functions; let’s discuss them:

This is the great key feature of the HBase database that can be used for high-speed requirements because it provides consistent reads and writes. This is the reason that a leading app development company chose it for storing the data.

This is another excellent feature that helps to reduce I/O time and overhead. You know that HBase provides automatic and manual splitting of regions into smaller subregions, and it will reach a threshold size.

Another great feature of HBase is its high availability. This will provide LAN and WAN that support failover and recovery. Generally, there is a master server that handles monitoring the region servers and metadata for the cluster.

HBase also supports scalability, which is a great key feature of this database. Moreover, you can say it is linearly scalable.

These are some of the great key features of the HBase that make it a good choice for storing the database. Hence, an app development company chose it to store the essential database that will help them in the future. So, it is easy for you to determine which one is best: HBase vs Cassandra.

An Overview of Cassandra

Cassandra generally belongs to the NoSQL-system class, and it is designed for scalable repositories of data arrays and creating reliable ones which are represented as a hash. This is created at Facebook for its inbox search segment, which has great features such as high availability and scalability.

Another great thing about Cassandra is that it works with key space, which aligns with the concept of the database schema in the relational model. So, it can be counted as a perfect NoSQL database to store the data.

You know that Cassandra stands out among database systems and provides the ultimate advantages over other systems. It is eligible to handle high volumes, which makes it beneficial for major corporations. Hence, many large businesses are using it, such as  Facebook, Spotify, eBay, Uber, Twitter, and Netflix.

Unlike HBase, Cassandra has become so popular today because of its outstanding features. Below we mentioned some of the features of Cassandra:

This is the significant feature of the Cassandra that allows you to add more hardware to accommodate more data and customers as per requirements. Hence, a dedicated and experienced app development company uses this database.

The distributed footprint is another feature of Cassandra that is distributed and meant to run over many modes as opposed to a central system. No doubt that all the nodes are equal in significance, and no bottleneck slows the procedure down.

It is essential due to the companies that use this database constantly run on accurate data and can not tolerate data loss.

The great feature of this technology is that it was designed to run on cheap commodity hardware. And you know that Cassandra performs blazingly fast writes and is eligible to store hundreds of terabytes of data without any issue.

When you have brief information about the database and its features, it is easy for you to choose the best between HBase and Cassandra. It will help you in choosing the best that will suit your needs.

Similarities Between HBase and Cassandra

We all know that HBase and Cassandra are both popular databases but differ. However, you will see some similarities between them. Below are some examples of the similarities:

Both Cassandra and HBase are NoSQL open-source databases that can easily handle large data sets and non-relational data, including audio, images, videos, etc.

Both Cassandra and HBase databases have high linear scalability features. In this functionality, users who want to handle more data only need to increase the cluster’s node number.

Hence, both are equally good for handling huge data. It means you can choose both for storing the data.

HBase and Cassandra prevent the loss of data even after it fails. This is done through the mode of replication on multiple nodes in a cluster. Hence, a redundant node is always present for accessing data if a node fails.

Both are column-oriented that implement similar write paths. Usually, columns are mainly the center storage unit in a database. And you know that the users can add columns as per their needs.

HBase vs Cassandra: Differences of These NoSQL Databases 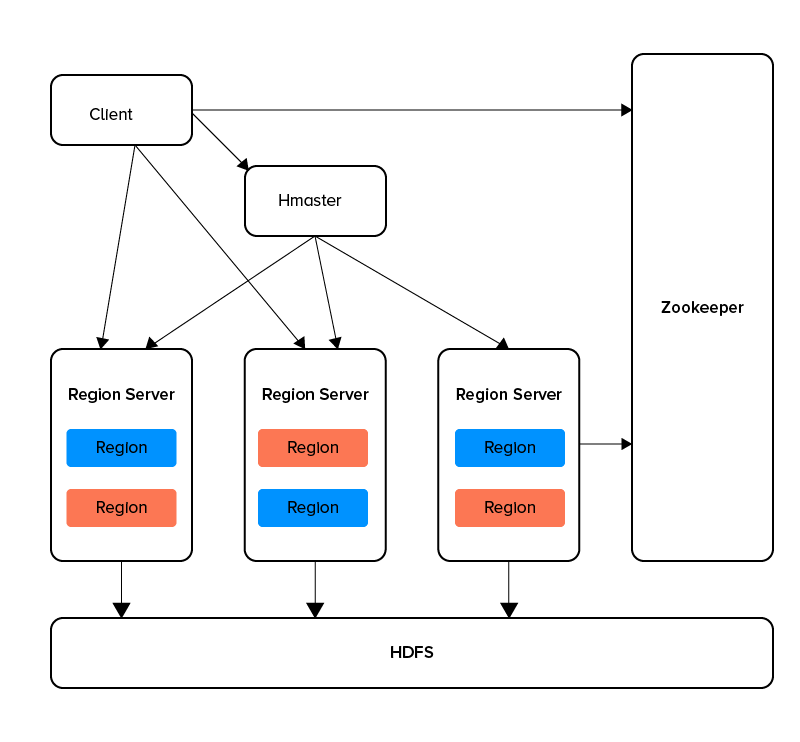 HBase uses Hadoop infrastructure that contains multiple moving elements such as HBase master, Name Node, Zookeeper, and Name Node. However, Cassandra has a more diverse infrastructure and procedure than Hadoop. You know that Cassandra uses different DBMS and their infrastructure.

Many Cassandra apps or timetables operate on Cassandra, Hadoop, and Storm. You know that its infrastructure is built on a single node-type structure. In this, all the nodes work correspondingly.

In HBase, a single row is confirmed by precisely one region server at the moment. Hence, it does not support read load offsetting against a single row. But Cassandra does not keep occasional things.

So, you need to choose one that is better for you, between HBase vs Cassandra. It will assist you in storing the essential data in one place.

In the Cassandra database, users need to recognize some nodes as source nodes. However, HBase has master nodes. Hence, increased scalability and availability in Cassandra are guaranteed by permitting numerous source nodes in a set.

Cassandra and HBase both have internode communication. But Cassandra uses a gossip protocol to transfer the data from one node to another. Besides, HBase depends on Zookeeper protocol which is why one node functions as the superior that provides data to other nodes.

You know that Cassandra has an element of lightweight trades. The instruments used in the marketing are ‘compare and set’ and ‘Row-level writes isolation. On the other hand, HBase has two mechanisms for these trades in which one is check and put, and the other is ‘Read-Check-Delete’.

Cassandra’s documentation is profitable compared to HBase. Even establishing Cassandra is also more manageable, which is why an app development company prefers it compared to another one.

With this information, it is easy to determine which one is better: HBase vs Cassandra. This will help you in storing the data in an appropriate place that helps in the future to build the best solutions for your clients.

HBase vs Cassandra: Which one is the Best NoSQL Database

No doubt that many social networking platforms would choose HBase as it is available on another side of the banking sector. But choosing Cassandra over HBase would be best to check for protection for every transaction.

Cassandra has minimal management, high availability, and No SPO. However, HBase is suitable for more rapid reading and writing of data with linear scalability. Many companies, such as Bloomberg, Verizon, and others that use HBase and Facebook, Twitter, etc., use both.

So, it is easy for you to know which one is better: HBase vs Cassandra. However, we can’t say which one is better because both have advantages and drawbacks. So, it only depends on you what you choose for your project needs and the production environment.

With the information mentioned above, it is easy to determine which is better, HBase vs Cassandra. For more detailed information, you can consult a specialist who will provide you with brief information about them.