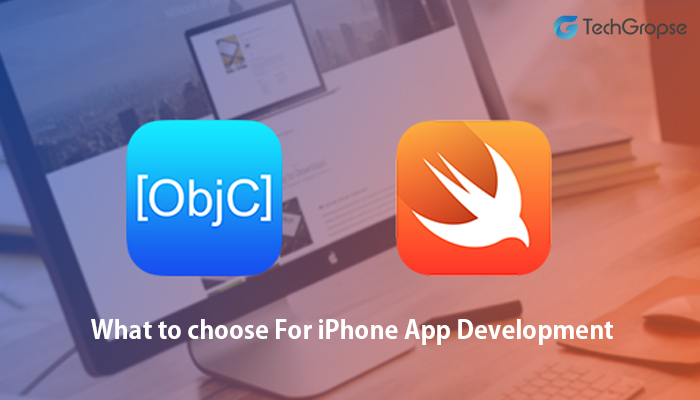 A mobile app made this world so tiny and so connected that most of the information we can access just on a fingertip. From buying a pen to a very expensive good, it’s just away from a fingertip.  If you will look on your Smartphone now you will see you can get information, buy a movie ticket for the loved one, online shopping, and many more everything is just one tap away from us. Yes, the small screen of your smartphone can do many things whatever you want to.

As we know the Software industry is very emerging and it’s growing rapidly.  For the iPhone app development, we have mainly two languages which are provided by APPLE itself (Yes we are not talking about the Hybrid app Development)

Now it’s 2020  and if you don’t know what is objective – C then you must because Objective-C is going to complete 16 years of its journey and if you have not switched to Swift till now. Here you need to know why you switch to the swift.  I will talk about the advantage of choosing swift over Objective- c. As almost most of the Top Mobile Application Development Companies and companies like IBM, Ola Uber Tinder already have switched to this incredible programming language.

Swift Vs Objective C: Why Go For Swift Frameworks

The major difference between iOS Swift Vs Objective-C is the difference in their speed. Well, I am not kidding, yes swift is incredibly fast than objective-c. Yes, I understand you want to know the reason. Well, when an objective c program is compiled then it also compiles all the un-change classes which obviously will take time to compile but in swift, the un-touched classes which get compile before don’t need to compile again which minimize the compilation time. So the next time you want to write an iOS app programming language, then try swift to check the compilation time, and you will be amazed.

The reason why I am saying clean code because in swift you have to write less code for the same objective – c code and the lesser the amount of error. Clean code makes Swift a clear winner in the chapter of Swift Vs Objective-C.

Code reusability is the major aspect of the Swift coding language that makes it a winner in the debate of Swift programming Vs Objective C.  I am not saying that you can’t reuse your code in objective- c compiler but in swift, you can access any class object, method, by just creating a reference of the class how cool is that for an iPhone app development language. Although, both iOS coding languages make it easier for iPhone development languages.

4. Objective-C Vs Swift: Maintenance and Security

Maintenance and security enhance the performance of Swift. This makes Swift a winner in Objective C vs Swift performance. Maintenance of iOS application programming language is very important and swift is a very secured language as the amount of code is very less so the amount of error is very low as compared to official iOS programming language objective- c language and one of the reasons why Apple is a giant in the technology is because they care a lot for the security of the user.

So if you are not into the iOS development language or have an iPhone app development idea then contact one of the top iPhone app Development Company in India, USA  and take the advice to dip into this ocean I bet you, you will love to swim in this.

What language are apple apps written in?

The primary programming language which is used for developing iOS apps is Objective-C. It was chosen by Apple to build apps that are robust and scalable.

Objective-C is still a significant proportion of Apple's codebase.

Is Objective C better than Swift?

Objective C is better for proficient developers, whereas, Swift is best for beginners.

No. Objective-C isn’t yet deprecated.

What is the best programming language for iOS apps?

When it comes down to it, there are really just two languages used for iOS development. The primary languages that dominate are Objective-C and Swift.

35 thoughts on “Objective c vs Swift : What to Choose For iOS Development”