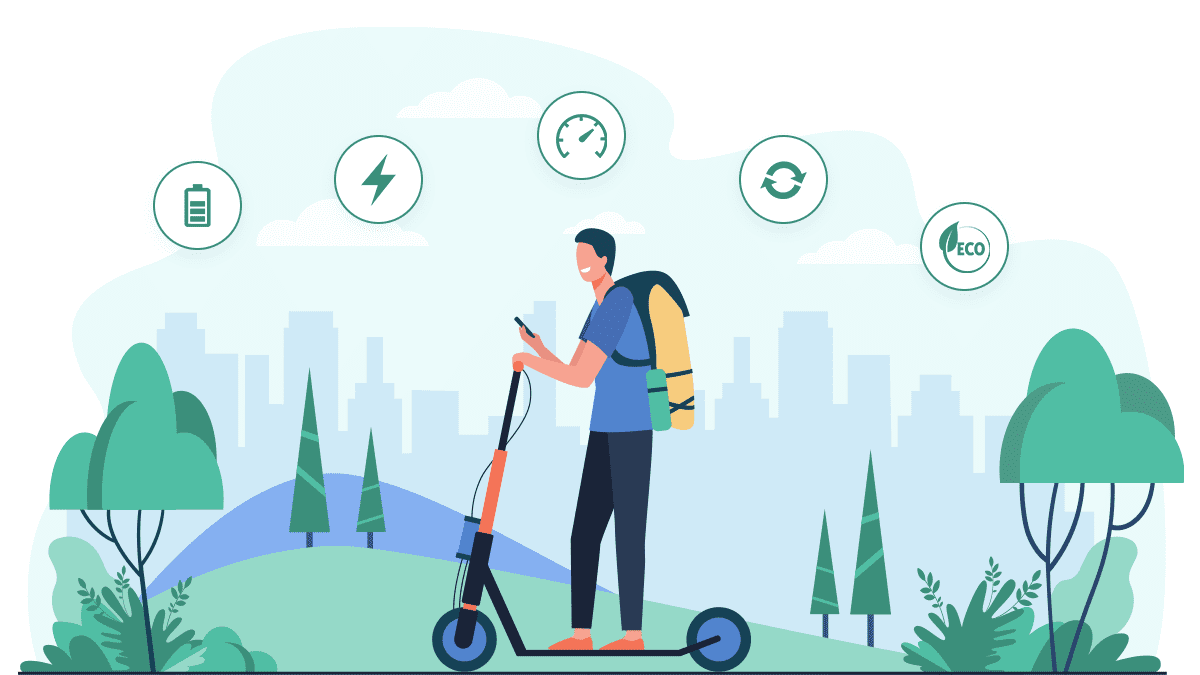 To start with the definition of it, according to Wikipedia,  Electric motorcycles and scooters or eScooters are plug-in electric vehicles with two or three wheels. The electricity is stored on board in a rechargeable battery, which drives one or more electric motors. Electric scooters (as distinct from motorcycles) have a step-through frame

The dockless best eScooter sharing app and its headlines have made their way around every nook and corner of the world. This further pins down the need and significance of the moped sharing app business which has been seen to emerge in the market. If you wish to know about How to Integrate Scooter IoT Device into Dockless Electric Bikes you are just at the right place. People who wish to start up their own moped sharing business should start by finding the perfect area/place/city where you can find scope in the business. Once you find a place that would be ideal to start up a business, finding a target audience will not be so tough. E-scooters are known for their flexibility, stand-up variety, and also as an eco-friendlier version of the regular scooters.

Also, it appeals to every age and every gender. Whether it is a girl group out for a brunch or grandpa out to get some fresh veggies, it can serve everyone anywhere, anytime.

Facts and stats about eScooters-

Nothing shocking here after witnessing the current demand, that the eScooter market will worth nearly $41.98 billion by 2030, as per the study by Grand View Research Inc. Due to this rise, the market will face a boom in CAGR by 8.5%.

In the same report by Grand View Research, Asia Pacific is anticipated to lead the electric scooter market around the globe by 2030. Factors backing this prediction include the collaboration of charging equipment manufacturers with researchers and automakers.

By the end of 2029, the Asia Pacific is going to be the largest market to worth USD 26.25 billion by 2030, due to the heavy investments made in the Vehicle charging infrastructure. 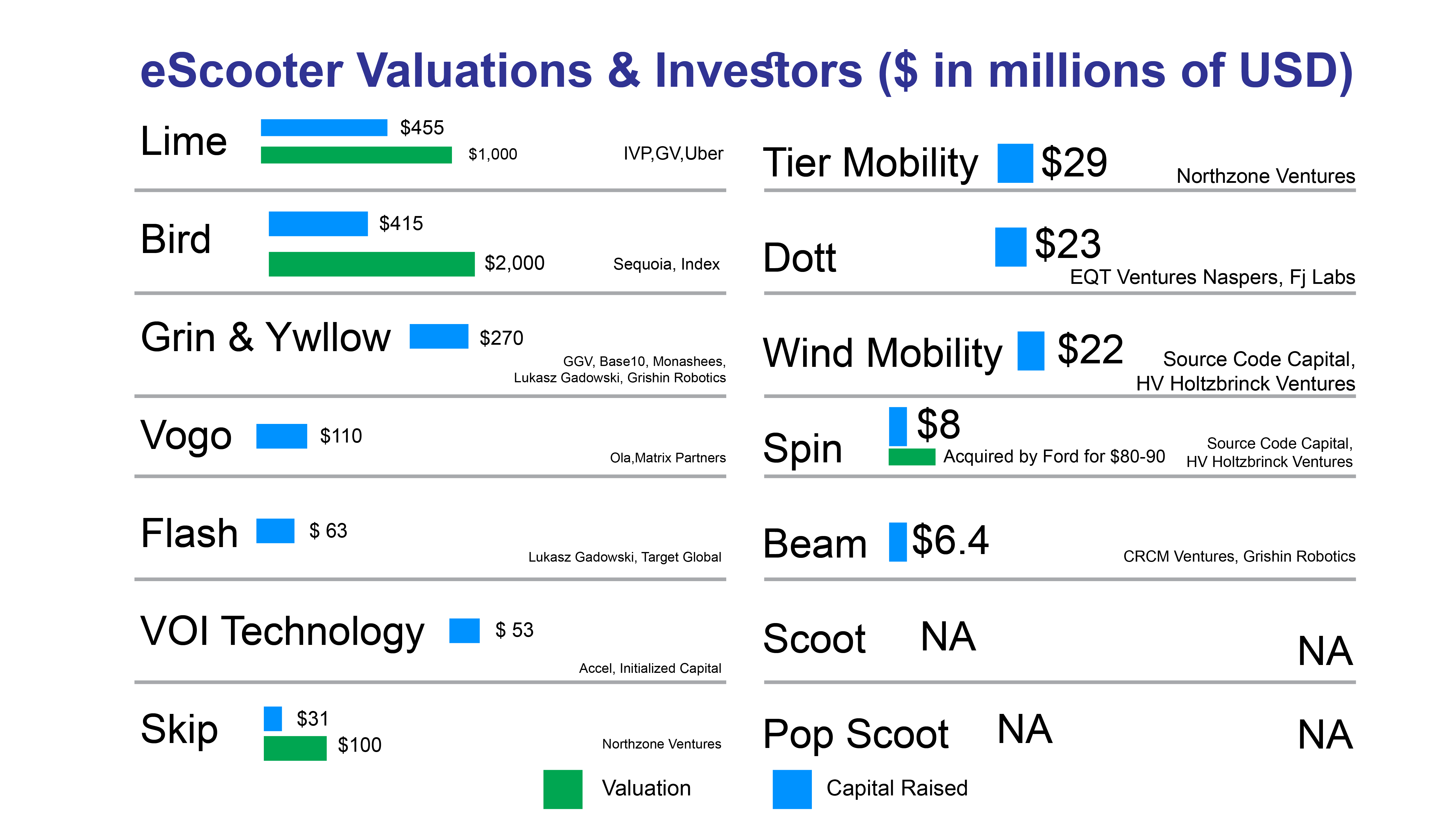 Because of the ease of transport of eScooters, they are highly appreciated by the end-users triggering the electric scooter and motorcycle market to reach $13,864.0 million by the year 2025.

The internet of things has enabled the devices to form a network of connections with a neural network that includes phones, automobiles and computers, and even houses. Curiosity is expected to be raised after hearing the journey of how Line and Bird make journeys fun and smooth with their E-scooter services. Before you even know it you start to begin asking yourself questions like how hard creating a working prototype with identical scooters could be. Fortunately, you are just at the right place and we will answer almost your every query related to this subject.  Here is all about the eScooter app development company and scooter IoT device- 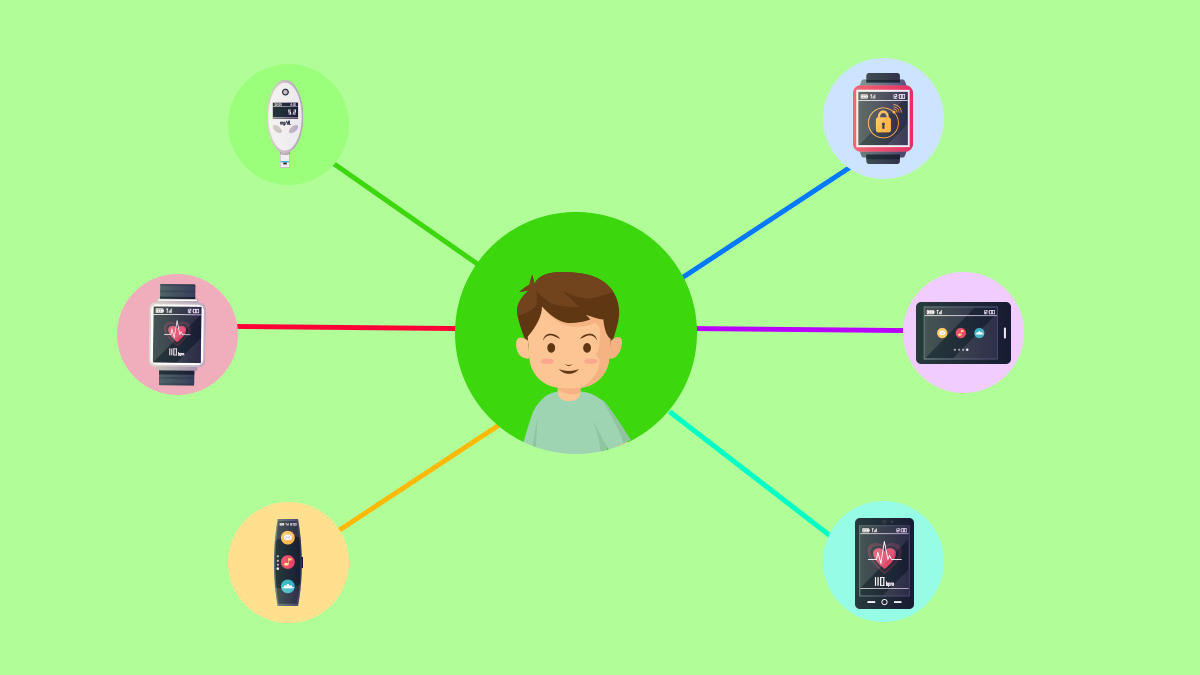 We should thank technology and genius minds who made it possible that the world has found new innovative ways with which people can interact with one another.

Technology has not only made it possible to be anywhere anytime but it has gifted us changes in our emotional spectrum to achieve an immense social agreement as well.

With help of technology, the entire vast world is now at the grasp of our fingertips and we can learn all about it, the experiences, the struggles, the history, and whatnot. It is extremely important to note here that over time the world of gadgets has also now evolved to adapt connectivity and form a synaptic network. The network has studied to be well established between our telephones, automobiles, computers, as well as houses. Noticeably, the devices have started to communicate with one another and it is evident that they also make the exchange of information. It is because of the technology of IoT that we can now assess and examine the information with much ease. To add on a silver lining here, all of this is happening in the tech world far more efficiently, efficiently, and cheaply than ever before. 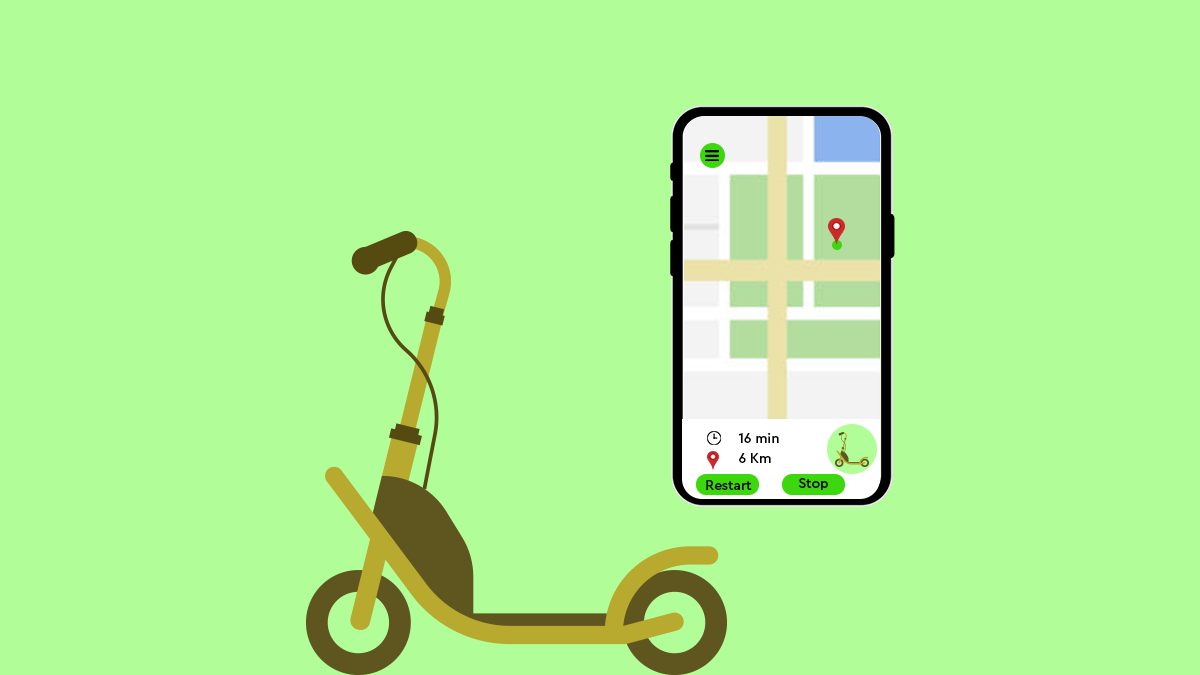 Coming straight to the main question now, how IoT devices connect E-Scooter apps? This has been a real game for Escooter app development. The modern e-scooters which run on zero carbon-emitting fuels and IoT scooters make it possible for the riders to choose the most comfortable path to travel and furthermore are easily tractable in the city.

With help of IoT scooters, businesses and enterprises can make sure of the fact that a rider does not ride the e-scooter out of the city. This happens by limiting the vehicles right at the moment when a rider crosses a boundary.

Not only does it help the human race by facilitating transportation but it also keeps a check on the emission of Co2 in the environment to maintain a healthy and eco-friendly technology.

The integration of IoT in transport is really effective and it can be seen in the success reports of companies like  Uber, Lyft, Bird, Lime, etc over the past few years.

The e-bikes fueled by IoT are an upheaval that gives one the ongoing access, continuous data sharing, and eco-accommodating transportation that is the eventual fate of travel. IoT is making a future potential where the autos alongside the stoplights can address each other straight as opposed to working on clocks. The stoplights may utilize constant traffic data to enhance the traffic stream and eliminate the traffic totally.

Everyone knows about urban communities getting increasingly blocked and that is the reason it will be difficult to fit in such countless vehicles in the film. This is where the wonders of an e scooter app development company fall perfectly into the picture.

Thus, the following stage that people will embrace is going for e-bikes and e-bicycles.

There is a huge advancement in the creation of bikes in the coming year with a comparable addition to the bike-sharing industry.

That, along with the IoT included, however, the bike renting administrations are additionally going to make the rides more secure by keeping a tab on the speed of vehicles from one side of the planet to the other.

They’ll have the option to control as far as possible as per each city where the vehicles are working. They will likewise keep away from lamentable mishaps by knowing which e-bikes need charging and if there’s an issue with a portion of the bikes.

The riders won’t have to keep their place on the IoT scooter-fueled e-bikes, the specific areas are accessible even without cell phones.

Preparing the simple to utilize, pocket-accommodating alternatives with IoT is an easy decision. These little and less complex rides will be bit by bit transforming into an economical travel elective and the nature of the not-so-distant future. Going with the IoT-fueled e-bikes is spotless, forefront, and creative. 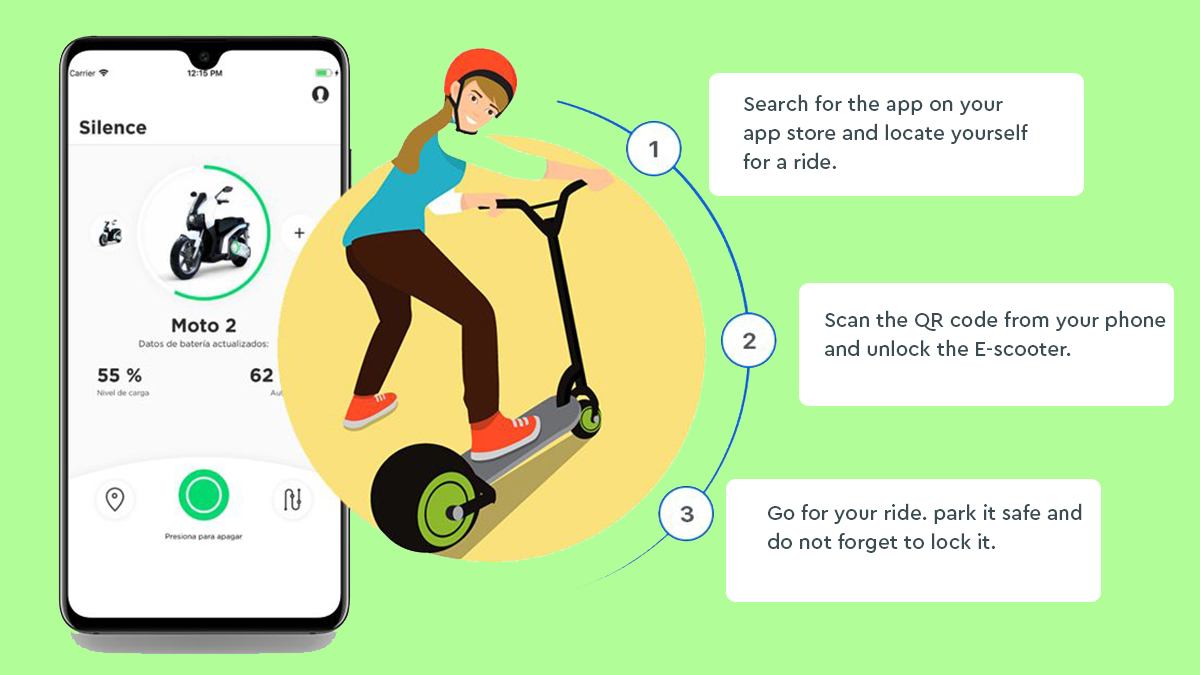 To sort it out to the simplest forms, here are three simple steps to explain how any E-scooter sharing mobile app is most likely to work-

How much would your eScooter app development cost?

The cost to develop an eScooter app will be decided upon by calculating the hours that would be invested into the designing, development, and testing process.

What custom features do you need to integrate in eScooter apps?

The custom features that your app will need will depend upon the kind of business model you have.

Can you track every rider with the app?

Yes, one can check all the riders using the best eScooter app from the admin panel in the app.