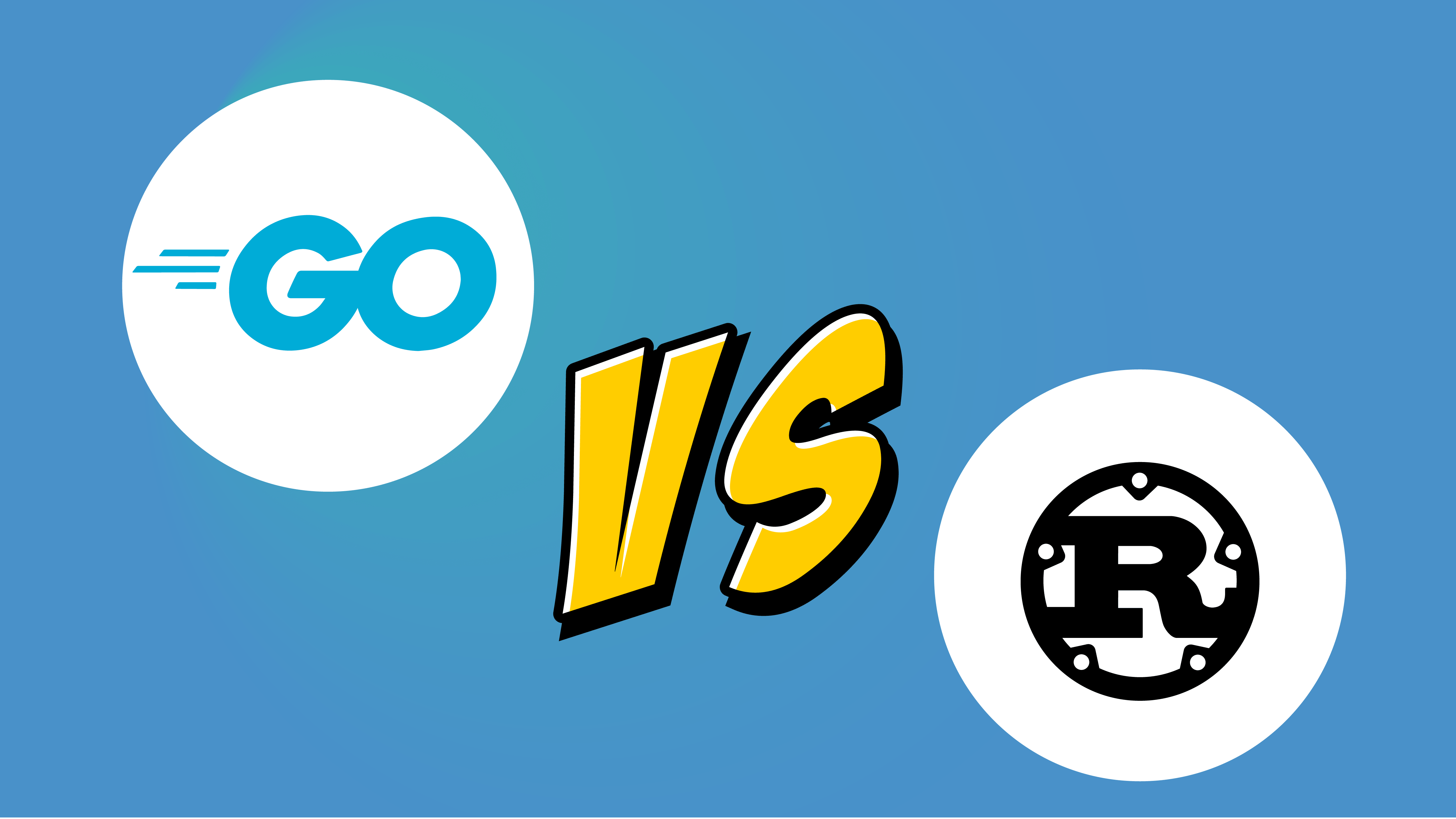 If you were to write down a list that stated the best programming languages that emerged in the industry in the past ten years, your top options will be written as Go and Rust.

Furthermore, if you were looking out for programming languages that have turned out to align perfectly with the goal to furnish secure micro serving apps and even frameworks your top two options will still be the same.

Although there are some similarities that both the languages speak like maturity, being open-source, and being designed for microservice oriented, modern, parallel computing environments, one can still not deny the dilemma when asked to choose between the two. Rust VS Go has always been a hot fire discussion and here we are to discuss every possible aspect of it. 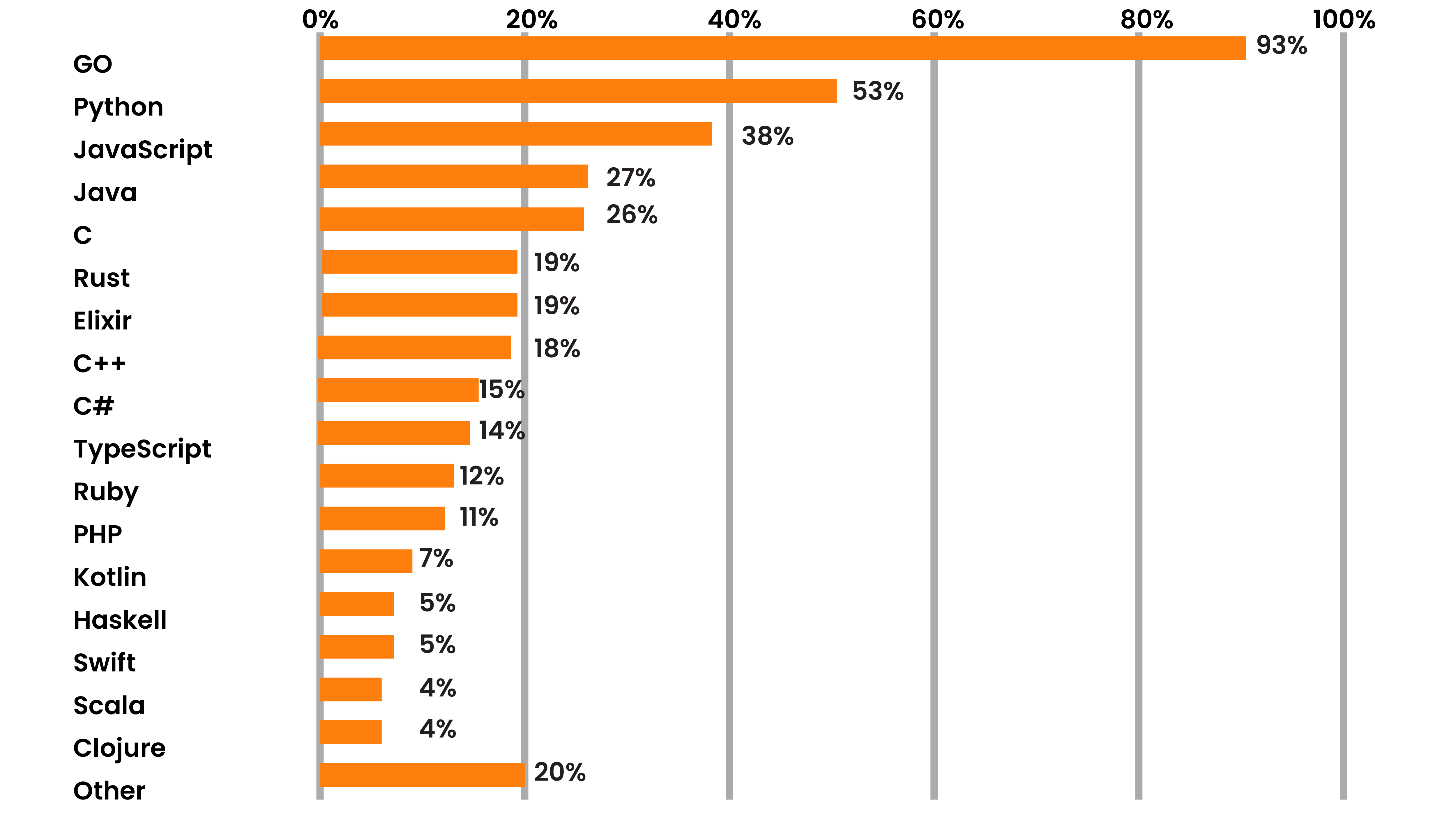 After finishing this article you will be able to figure out your winner from both. Without further ado, let’s dive straight into the topic.

What is Rust Programming Language?

It was back in the year 2010 that Rust emerged in the tech world as a language. Ever since its launch, it has starred itself with the title of one of the ML languages’ extensions. As a language Rust was only expected of one thing- to provide better security, performance, improved parallelism, and greater modularity.

The advantages that Rust gives to developers has crowned Rust (programming language) with such an edge that there is hardly anyone out there who hasn’t heard about this language or is hesitant to work with it.

Well, now that we have already discussed the advantages of Rust let us also talk about the disadvantages of this language to make it a fair and square game of Rust VS Go-

What is Go Programming Language?

Go coding language was born in the year of  2007 by none other than Google itself. After its introduction in the world, developers looked upto Go language to be through with the issues that organizations face while working on a development software infrastructure. This programming language was set up with an aim to introduce garbage collection, dependency management, built-in concurrency, robustness across multiple boundaries between the components, etc.

The aftereffect of the very much considered highlights of Go has gotten it a market position which is sufficient to present to it a few focuses ahead in the Go versus Rust discussion.

By far, one is expected to have their concepts about the advantages and disadvantages of Rust and Go. To help you choose a winner as per your needs, here is a duel of both facing each other in different aspects.

The only pointer that gives Rust an edge over Go is its performance. With its programs that have been designed to run at a speed as that of C++ and C, apparently makes Rust’s ‘Get, Set, Go ” spring faster even than Go.

When Rust has to deliver results that end in memory management through zero-cost abstractions it craftily utilizes time ownership strategy. However, in case that a Rust program lacks memory safety, we are sorry to inform you that it won’t be able to cross the compilation stage.

Just like its competitor Go is also memory safe. However, Go handles the runtime with absolute automation which further implies that developers don’t have to wander in their heads searching for solutions allocating memory when writing code.

In a developer’s life of developing there are often times when development speed has to be given more significance than the program speed.

Go accompanies a similar allure. The straightforwardness and explicitness that it offers make it quicker than various dialects on the lookout.

Rust, then again, accompanies more language highlights and consequently takes more time to dominate. Its incorporated speed is likewise more than Go’s. Along these lines, if the aim is of quicker full-cycle application advancement administrations, you would be in an ideal situation with Go than Rust.

Present-day applications are circulated and organized. The languages that haven’t made arrangements for these truths are distant sub-par. The engineers must have the option to run the undertakings freely and divide state among the errands short the danger of information debasement.

Presently while simultaneousness was incorporated into Golang’s linguistic structure all along, Rust programming language speed as of late acquired the local grammar as async/.anticipate. However, despite the fact that the simultaneousness of Rust does not have the designer experience that went behind Go, it compensates for it through Rust’s memory security. 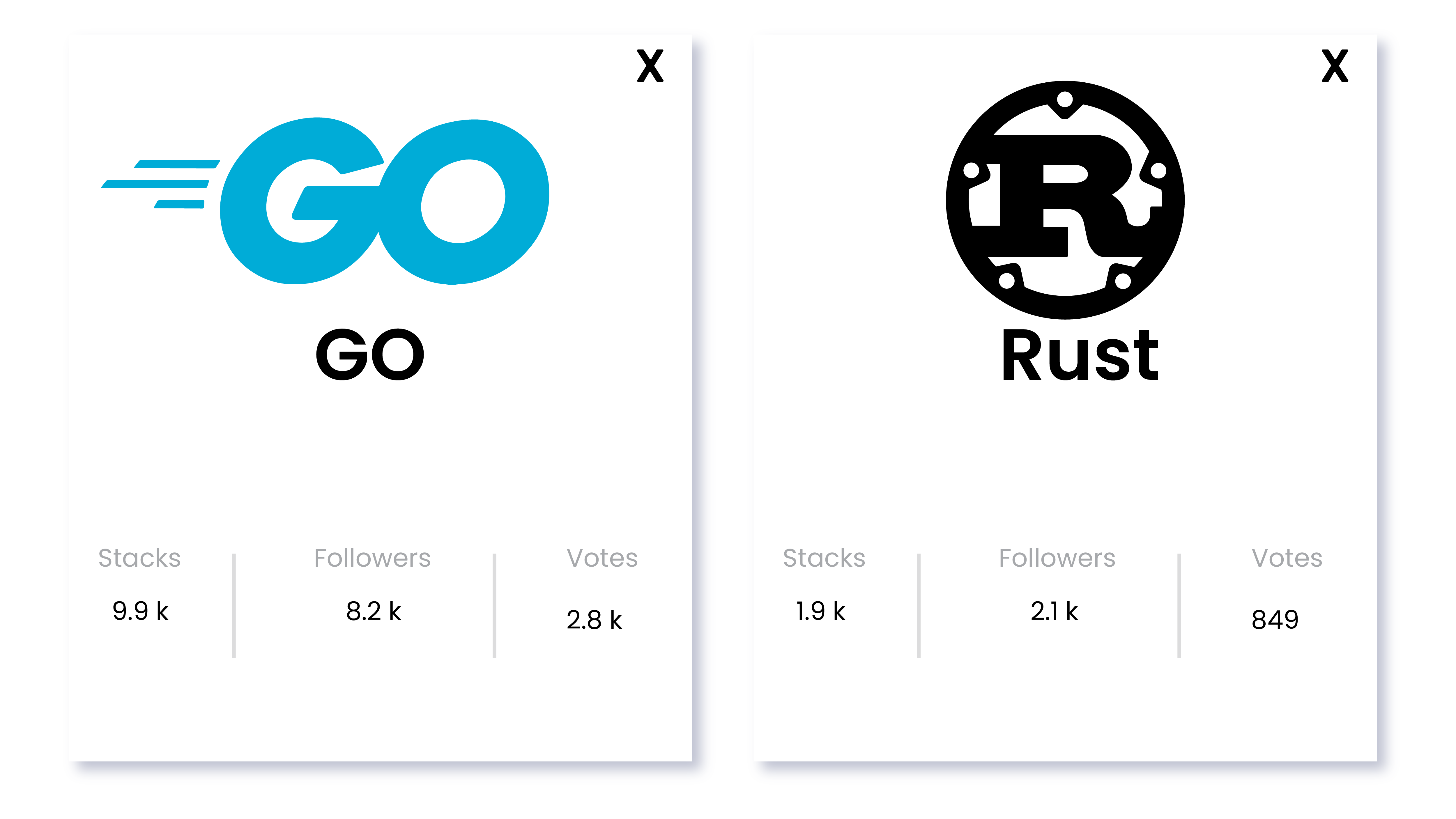 We could continue delving into both the programming languages, analyzing the two sides of the Go versus Rust correlation, however a definitive response to the Rust and Go examination would be the way that it depends. There are occasions where Rust is superior to Go and the other way around.

Eventually, this is the thing that we suggest as an app development company that chips away at both –

Why Go and not Rust?

The answer to this would be in when and not why. You should go with Golang when – you have to write code faster, when simplicity is a bit more important than performance, and when readability is a must have necessity.

What does Go and Rust have in common?

There are some prevalent similarities between Go web development and Rust, mostly in terms of the maturity and the fact that both: the programming features of Rust and Go are open source and have been designed for microservice oriented, modern, parallel computing environments.

Is Go faster than Rust?

Yes. Speed is one of the biggest differences between Go and Rust – a difference which is won by Go.