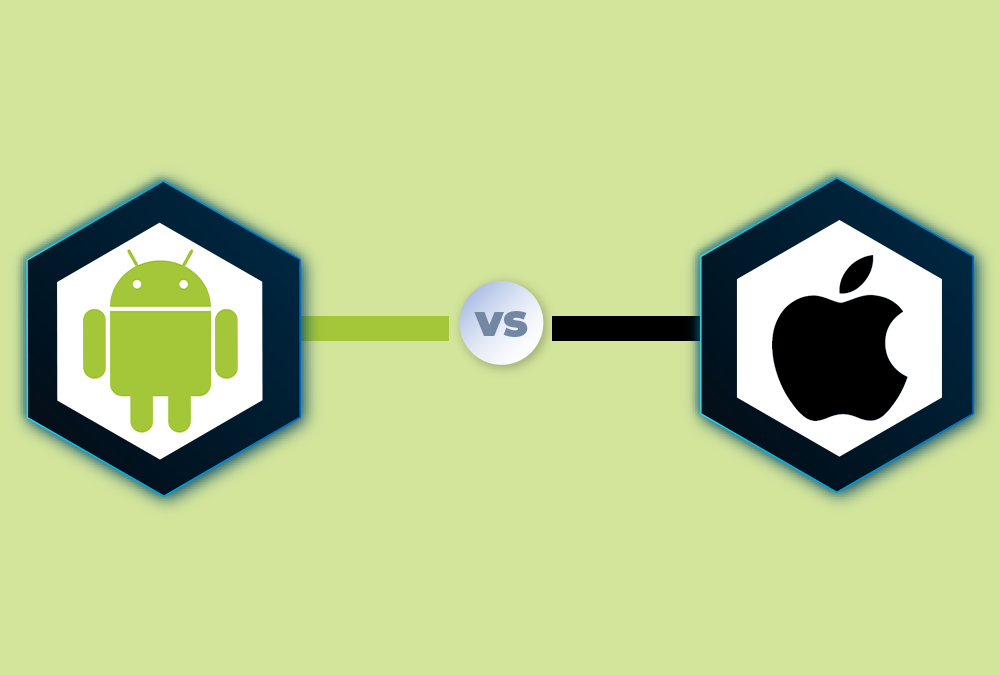 There are only two operating systems Android and iOS the only users prefer to buy. Android has its share in the market is 75 percent while iOS has its share in the market is 23 percent. There were only two Android vs iOS market share. Either there are android fans or iOS fans globally. Only a few 2 or 3 percent go to other operating systems. Those using iOS never give up using the iPhone if it is overpriced even. Using the iPhone vs Android being overpriced has now become a splendor rather than a need.

So Android Inc was established in 2003 by a group of people. We all know that there is only Andy Rubin instead of a group. At first, The group decided to build digital cameras, not mobile phones. After some time, they have changed their decision and they jumped to Mobile phones. All the people thought that they were not going to survive in the market. And it proved true as they did not pay their employees.

Google was confident enough for their operating system. So they acquired it from Android Inc along with some highly skilled employees of the company. Google kept it confidential in public that it is developing its own software. And now this software has the largest share in the market. Later, in 2007, Apple released the iPhone in the market. Until now, Google operating system could only run on standard phones but not on touchscreen mobiles.

Google has realized now there is a competitor in the market which is coming with touch screens. Now it has so much to do to stay competitive in the market. So In the same year, four companies Google, HTC, Motorola, and other alliance together to develop a comprehensive platform for mobile devices. They together developed different versions of their operating systems like Kitkat, Cupcake, etc.

Google developed its first android T-mobile G1. While in 2007, Apple launched its new phone with its operating system called iPhone OS 1. While Google uses sweet versions like KitKat, Cupcake, Apple used numbers. The market divided into android vs iOS market share. There were only two shares of android vs iPhone market share. Till now we have gone through the past of Android and iOS.

iOS vs Android Differences In Chart

The above table describes the iOS vs Android comparison.

iOS vs Android: Which One Would You Choose?

Now, we will go through some basic differences between Apple and Android operating systems :

Whereas, The operating system of android is an open-sourced code made by Google itself. Their source code is not closed and users change it as per their desire. This allows hackers or third parties to play with the data of android users. But still, iOS and Android both have to be aware of malware and viruses. Both Android vs iOS security is good at their own place.

There are both Apple Pay and Android Pay. Users of iOS pay through Apple Pay. This specification is simple to use if you compare to the tap-tap feature in a few android phones. Their interfaces are not different but almost the same. The NFC ( Near Field Communication ) is integrated into both devices.

It is the same with Android phones. You get an integrated Facebook app within the device. You can update the app, status, and other stuff whatever you like. There is no condition while installing an app. Mostly all the applications you download on your android device are completely free. This is how android became the foremost choice for App development because of its easy app installations.

The web browser in both operating systems is different. The android has integrated chrome for browsing while iOS has integrated safari for browsing. Android users cannot use safari but iOS users can use chrome on their iPhone. But it has been experienced that the android browser is faster than the iOS browser.

In terms of Maps, There are apps compatible with both operating systems: Bing, Google Maps, and Waze. Maps app has been released by Google for iOS devices. Android users use app like bing, Waze, and Google maps but iOS has its own Mapping App.

You will get various types of android phones available in the market on the basis of their color, hardware, size, and prices. You will see there are so many latest android phones in the market. All the users can select their desired device from a wide variety of devices. Surprisingly, in the scenario of iOS, there are only a limited number of devices: iOS devices are iPhone, iPad, and iPod Touch.

Every year, there are multiple types of new android hardware but there are only a few iOS hardware that comes into the market. Each year, there are just one or two new models of iOS. You can only use one sim card in iOS while you can use two sim cards on Android devices.

Several users complain that they do not know when they need to upgrade their app. Their devices remain behind being upgraded. Manufacturers do not send upgrade notifications and even some new versions are just for new phones. Also, some users experience that Google automatically upgrades the mobile phone.

But in the case of iOS, The iOS users get the benefit of it. The upgrade options are available almost in all devices of iOS less than three years older devices. Some older devices cannot be upgraded because of hardware issues but all the latest devices can be upgraded automatically.

if we talk about which one works with more speed than fans of an iOS win here. The average time iOS devices take to open apps is faster than android apps. Users always go through speed tests but till now, iOS is the winner. Some new versions of android phones are coming in the market which runs at high speed. In terms of android apps vs iOS apps, Android users can easily install apps from the Google play store.

The Google play store has apps up to 600, 000. Mostly all the apps run on the tablet. The Apple store has 700,000 apps available in the Apple play store. But most of the apps have to be purchased by users on iOS devices. If you are someone who wants to develop apps for iOS users, you can read Top 10 companies with the best iOS Developers 2020.

Both iOS and Android have touch screens which make their interfaces smooth and shiny. You can easily tap, swipe, and zoom your screen. They provide home screens which also come in desktops. There are rows of icons in iOS devices like iPhone vs android but you will get widgets on android phones.

There is a dock in iOS devices where users can drag and drop their most-used applications. Other features like split-screen, zoom settings, Customize buttons, and Google Daydream. There is a status bar in both devices showing the time, battery life, emails, reminders, and signal.

Users of iOS and Android both have experienced amazing UX. Both devices have different elements which provide different user experience. The iOS has navigation on its upper left corner while android gives its navigation there are back and up both options.

Android also provides back buttons while there is just arrow type direction on the upper left corner in iOS. Also search option is available on the top of the screen in iOS while android has so many searching options available. In tabs navigation, android always wins.

iOS vs Android- The Bottom Line

While concluded, let’s talk about android vs iOS pros and cons. You will get a massive app ecosystem while for android, you will get so many available apps. The integration of Facebook and Twitter within an iOS device enables users to update new posts and shares. But these two accounts are not integrated fully and you have to do it manually sometimes. iOs has only a few apps like Passbook, Facetime, and Apple pay store. iOs users get limited customization on their home screen. Apple provides software upgrade options that sometimes automatically upgrade.

While in android phones, The software upgrade is done by google. Manufacturers do not give upgrade options from their sides as well. So there is a problem with android devices in a software upgrade. iOS vs android privacy, iOS provides high privacy and security because of their closed source code. You will see massive hardware selection in android devices as so many Android devices are available in the market with wide specifications. The android gives us a high customizing user experience. Reading all this, you can decide yourself, iOS vs android which is better for you.

What does iOS stand for?

Why is Android better than iphone?

Android is better than the iPhone because of the wide variety of choices. Android comes with flexible functionality but in iOS, you have to stick with limited versions. Android also wins in some robust features like great navigations and search options.