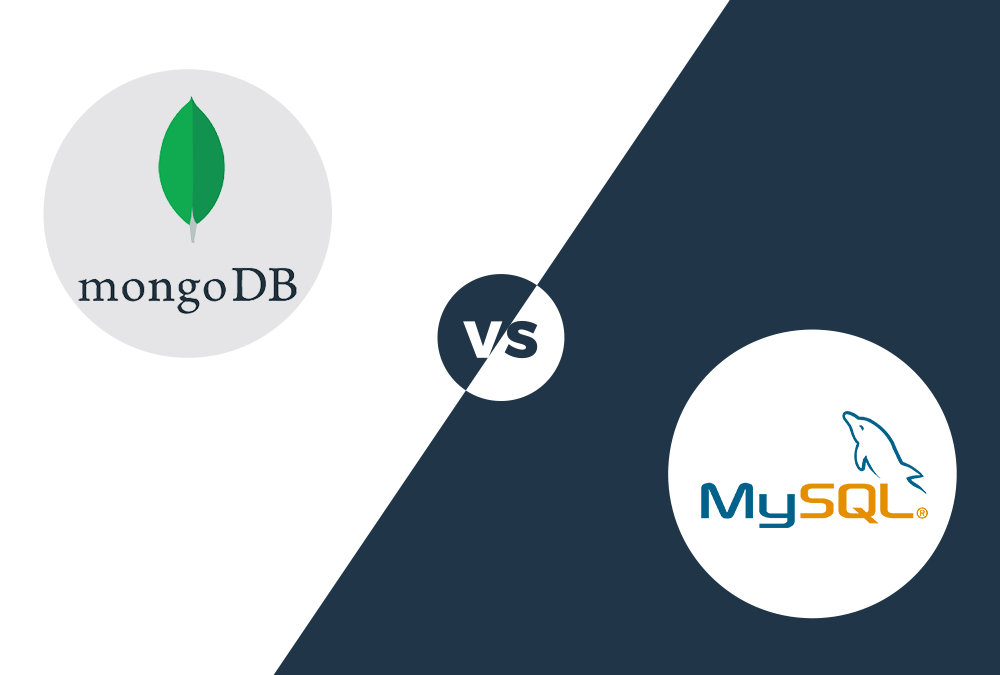 Relational databases have consumed the market for several years and are now the optimum option for most organizations. There are MySQL, MS SQL, Oracle, and more in the market of Database management Systems. It has become a model for a significant range of market applications. But more scalability and diversity are expected for modern apps today.

Choosing the right database for modern apps has always been a significant challenge because the importance of mobile apps is rising constantly in the modern world. Recently MongoDB came into the picture of this plethora of options available in the market of databases. MongoDB changed the dynamics of every ventricle present in the database management system. So, developers are stuck in the dilemma of MongoDB vs MySQL.

Going forward in this article, we will be contrasting MongoDB Vs MySQL using various key features of comparison. At the end of this article, you’ll have a clear answer to what suits you the best. Before going through the list of comparisons, let us give you a brief overview of both DBMS so that you have a clear picture of both of them.

In the very first section of this article on MySQL vs MongoDB, we will go through the overview of MongoDB. Is MongoDB a relational database? MongoDB was developed by MongoDB Inc as a well established non-relational database. MongoDB started in 2007, but the first publication came in 2010. Data are stored in the form known as BSON in this category of DBMS.

In general, if you answer what is MongoDB database then MongoDB query language is used for the storing of similar query access information. This ensures that the fields for a document vary and you won’t have to announce the layout of the document to the programs. You may build and add a new field to the document without modifying any other documents in the collection.

You don’t have to take the machine offline in MongoDB because no upgrade is required for the central system catalog. Also, through optional schema validation, you can implement data control on all sets. MongoDB allows you to map the objects in the application mode. So, MongoDB is easier to learn because of the low learning curve.

These apps use MongoDB structure in their development:

We’ll conclude the section of this overview on MySQL vs MongoDB is by telling MySQL meaning. Many people have this question that is MySQL a programming language? So, MySQL is a similar open-source database management system officially operated by Oracle. MySQL AB has been a veteran of the IT scene since 1995. Like other link DBMSs, MySQL is using SQL to access a database and store data in tables.

SQL is the structural query language. In MySQL, the user can predefine the database scheme based on rules that can control the relationship among all the related tables. The phase of migration is necessary for any improvements in the scheme that can dramatically damage application performance. In comparison, the database can be moved into offline mode.

Now as we have concluded the brief overview of MongoDB vs MySQL, so let us go through the major points of difference between MySQL versus MongoDB as MySQL and MongoDB are management systems used for managing databases.

MongoDB is known for improved unregulated monitoring of huge quantities than MySQL. This is attributed to the fact that it holds the data on an individual folder. Also, it helps users to check for workload sensitivity. The user can also read and write data in one region.

When you use huge quantities of data, MySQL is significantly slower than MongoDB. MySQL has trouble processing the high quantities of unstructured files. That is because the data is distributed over many tables, which are open to write and interpret the data. Handling a large amount of data is one of the major advantages of MongoDB.

In MySQL, the data value is placed in the tables by the MySQL storage structure where SQL is used to reach them. Schema is used to describe the database structure. The key criterion is that the rows in the table have the same arrangement. Individual data types can also be represented by their meanings. MongoDB database design and MongoDB data structure is simpler than MySQL.

Although data is being preserved in JSON-like documents in various configurations in the MongoDB database. It holds the corresponding data sets together to improve the query rate. Then the MongoDB query language is used to view these collections. This is one of the major reasons why use MongoDB.

MongoDB can create its power over a variable collection of rights. In MongoDB, the main protection features include authorization, auditing, and authentication. You will also be able to use SSL and Transport Layer Encryption to protect the ends. You will use Secure Sockets Layer (SSL). The security model is one of the major MongoDB advantages.

This means that the records can only be accessed by the intended recipient. In MySQL, a privilege-based protection paradigm is used. This means that a user is MySQL authenticated and that they may use Upgrade, Pick, Attach, Build, and several other databases.

MongoDB needs more storage, particularly disc space, compared to MySQL. MongoDB stores it all as binary data directly. MongoDB is taking a lot of memory compared to Relational DBMS, You see the use of SQL queries for Relational DBMS. If you look carefully enough the SQL statement is a functional expression (Functional expression as in functional programming), such that SQL expressions don’t have statements, which makes it very effective.

Relational data are often very “susceptible” to clustering and indexing, which DBMS makes rich use of to achieve efficiency. Also, the SQL’s settings allow the DBMS to decide the perfect way to extract the data from the disc. While discussing the benefits of MongoDB, costing is one of the major drawbacks.

Databases for MySQL allow master-slave replication and master-master replication. Through this multi-source replication, you can replicate several masters in parallel. It is considered one of the best databases for mobile apps.

MongoDB advocates auto-elections, integrated replication, and sharding, on the other hand. Developers may use auto-choices to set a secondary database to overtake the primary database loss automatically. Sharding permits horizontal scaling that is hard to enforce using MySQL.

When to Use MongoDB Vs SQL?

The major differences between MongoDB and MySQL come in organizational usage:

When to Use MongoDB:

When to Use MySQL:

The following review points out the different pros and cons of all the datasets. To end the debate between the two, you have to take into consideration your business goals and project requirements. MySQL is commonly used for its high performance, anonymity, versatility, and ease of administration.

Proper indexing of data will help you resolve performance issues and guarantee robustness. If however, you cannot define your pattern in advance, or if your data is complex and unstructured, you can opt for MongoDB. If you want to develop any application then you can always opt for the best application developer in the market.

What is MongoDB good for?

MongoDB is a document-oriented database that stores data in JSON-like documents with a dynamic schema. It means you can store your records without worrying about the data structure such as the number of fields or types of fields to store values. MongoDB documents are similar to JSON objects.

Is MongoDB better than MySQL?

Both MongoDB and MySQL are good in their unique ways. It depends on the requirements.

Which is better MongoDB or SQL?

MongoDB is more fast and scalable in comparison to the SQL server.

Is MongoDB faster than SQL?

MongoDB is 100 times faster than SQL.

Why is MongoDB so expensive?

MongoDB offers more enhanced features than the other database platforms for which it required more resources This is one primary reason for its being more expensive than the customary MYSQL database.

Why is MongoDB faster?

MongoDB doesn't insert data to DB as soon as the insert query is processed.