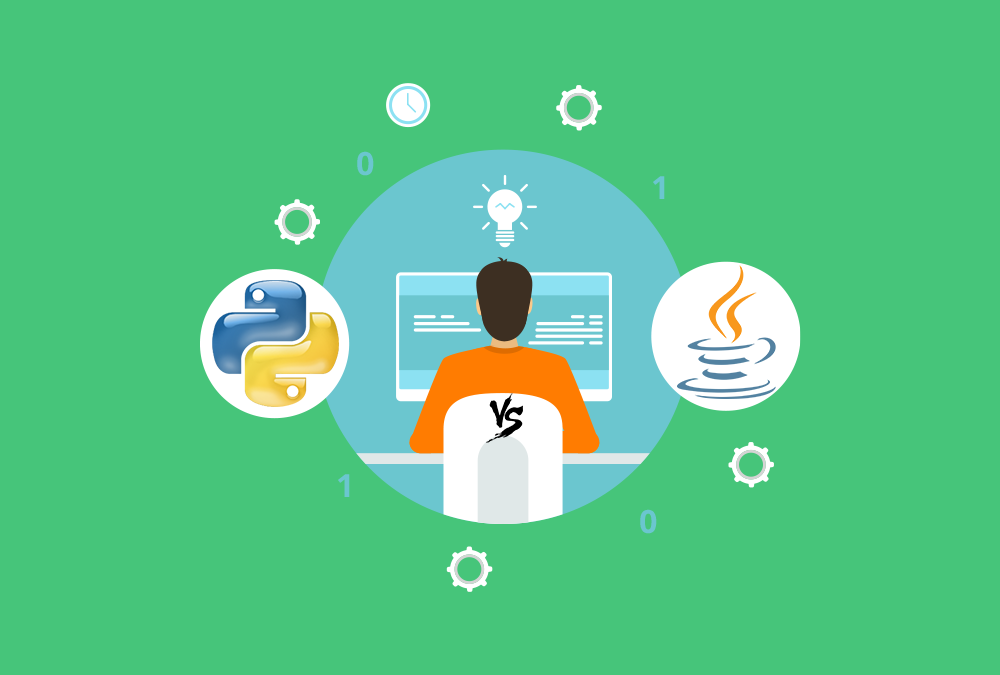 Programming Languages are a fundamental component of IT sciences; they are the foremost tools in the toolbox of a programmer and are central to almost all programming activities. It is often confusing to choose the best programming languages, among the most common. Python and Java have competed for the highest place in the most common languages, with Python and Java keeping on to their spot over the last couple of years.

These languages also seem to be perfect, and they can do most of the tasks, but there are significant variations that might help you make your decision. We will begin by describing each language and key features, then compare the language in various fields of computer science so that your choices are clearer.

Let us begin this comprehensive guide by introducing both of the most famous programming languages:

Java is a general-purpose programming language that is statically typed; it is an object-oriented and concurrent language. Java was designed to be a WORA (write once run anywhere) language, with the support of the Java Virtual Machine ( JVM), it was designed to run on any platform and with as few dependencies as possible.

Python is a general-purpose programming language typed dynamically. At a research institute in the Netherlands, Python’s early development began. The original reason for this was to provide a higher level of language to bridge the gap between C and the shell. It was very difficult to create system management services using C back at that time. Nowadays, Python is used almost in every field.

The way that every language handles variables is one of the most significant differences between Python and Java. The difference is that Python is a language typed dynamically, while Java is a static one. If you are new to programming, you won’t mean much when it comes to typing. Python is dynamic, and Java is static.

Let’s divide up the terms type, dynamic, and static mean. What’s better about a static language such as Java or a creative language such as Python? No solution to this question is one-size-fit-all. If you are an early beginner, you can dive in and become efficient quicker using a dynamically typed language. Because of typing, Python vs Java for beginners is still a debatable topic.

Many developers claim, however, that static typeface decreases the probability of undetected code error. If variables are not expressly declared before their use, a variable name is easily mistaken, and a whole new variable is mistakenly generated. Python wins when it comes to Python vs Java difficulty.

The use of indentation to break code into blocks is uncommon among programming languages. Java uses curly braces to describe the start and end of a function and class description, like most other languages. The benefit of indentation is that you must type code in a readable way without risk of error due to a missing strap.

So, Python’s whitespace makes it easier for the developers to quickly read the program, reducing the programming language’s overall complexity. One more advantage of Python whitespace is it uses the indentation of blocks so that coding gives a subtle view and understanding even in the most complex loops.

4. Python Vs Java Ease of Use

Most programmers believe that beginner programmers can learn Python more quickly. If you learn Python in the first language instead of Java, you can advance faster. If you’re a mobile application maker, things will change a little.

If you want to build Android applications, Java is essential. You need to learn Java for mobile application development, including private and public classes, schedules, program construct, and more.

The bytecode is compiled and run on virtual machines, both Java and Python. This cross-platforms both languages, without any differences in the operating system. Both may have identical results, but the difference between Python and Java is fundamental.

A syntax of static typing distinguishes Java. Compiling is much simpler and quicker than dynamic form syntax. It’s less prone to mistakes and strives to boost channels.

Java also features a compiler for just-in-time (JIT). This system compiles the bytecode into the native computer, which can directly call up the compiled code. This role mainly increases language speed and performance. Java codes are quite long and hard to comprehend. Java wins when it comes to Python performance vs Java.

For growth, massive community support for a language is important. Some tools can be designed, and others can use them. You may also get the solution or guidance from the programmer community for coding related issues or problems. Both Java and Python have great support from the community. Loads of tools, forums, and books will help you learn both languages.

Java is a product of Oracle, and therefore, its Oracle Code One convention, JavaWorld, and JavaRanch have made a significant difference to software development. Java User Groups (JUGs) are present worldwide. Also, JavaOne, organized by Javan programmers, has many high profile events. Java wins when it comes to Python developers vs Java developers. 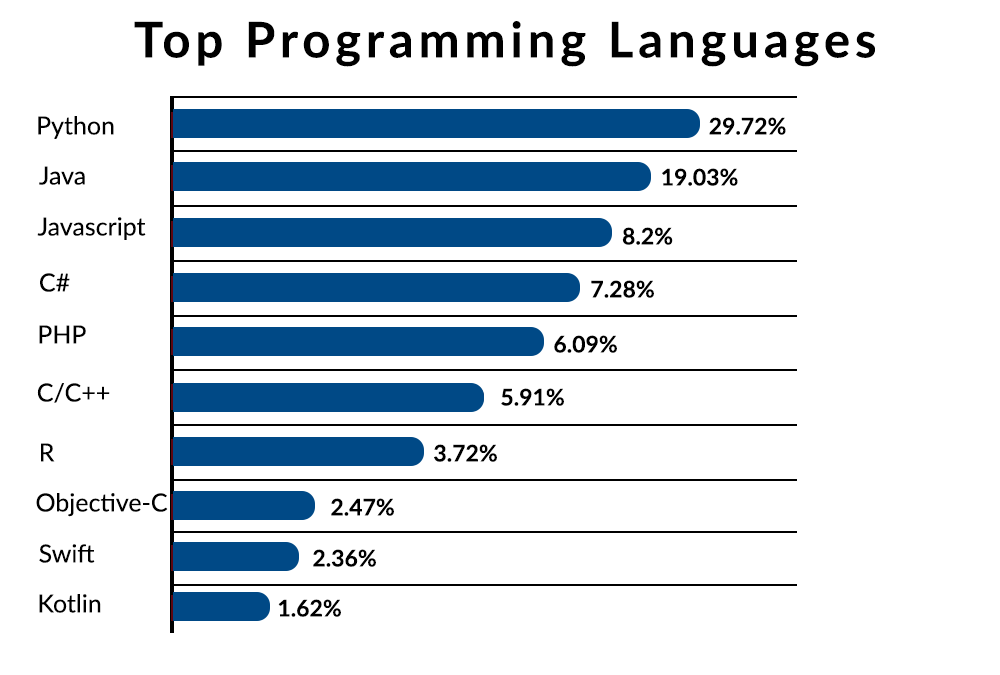 7. Java Vs Python Use Cases

In mathematics and physics, Python is particularly common. It is commonly used in machine learning, profound education, and the general field of AI. In data processing and visualization, this language is instrumental.

Python also uses several common frameworks such as Django, Tornado, Flask, or CherryPy to use in mobile apps for web development or backend development. There are many Python programming examples where Python is widely used to automate tasks in IoT, games, and graphics design applications automatically.

For its large applications or company-level solutions, many major organizations use Java. Java is also commonly used in Android, so demand in the labor market is high. Top businesses such as Uber, Airbnb, Twitter, Amazon, eBay, Linkedin, etc. use Java on their technology stack. It’s also pretty straightforward to find a job as a Java developer.

Instagram’s foreground for iOS is written in Objective-C and the context in Python. However, we need to note that Python is not used widely in big business for business software created by other prominent companies such as Google, Spotify, Netflix, Uber, Dropbox, Reddit, and Pinterest in their technology stack.

Python has been widely employed by many web-built startups and is also popular with data scientists. In different applications in Python, you have plenty of work opportunities.

Java uses a ‘java virtual machine’ to create an additional layer of abstraction, such that each operation executes a java function that is converted into a system call. In networking, it’s similar to OSI layers. Java’s got one ‘on top.’ It comes with slow running costs, poor performance, and low kernel power, but with the advantages of being easy to adopt and cross-compatibility.

Java is also a tool for programming a designer, while Python is effective, even if runtime was interpreted, similar to C and close to system calls when properly used.

Python runs system calls without it. Python is quicker according to all conceivable parameters, but both should not be compared. Java has a good argument for the company; that is why it is still present. This makes it easier to recognize the coder and quicker to create a product for a person who does not even understand bits and bytes to enter code.

Since Python is syntactically straightforward, but a fully-fledged programming language, it has become a common choice for people from different disciplines who want to experiment with machine education and bring AI’s power to their fields. This is why Python has great ecosystems and libraries for the development of AI and machine learning.

The language in the region is by far the most common and is known as TensorFlow, Keras, Scikit-Learn, and PyTorch from Facebook. Java is also an excellent way to learn, debug, and use. It is simple and is already being used for large-scale and corporate applications. Weka, Mallet, DeepLearning4, and MOA may be used among the libraries. Machine learning is an extensive field that is the perfect example of what does Java do. 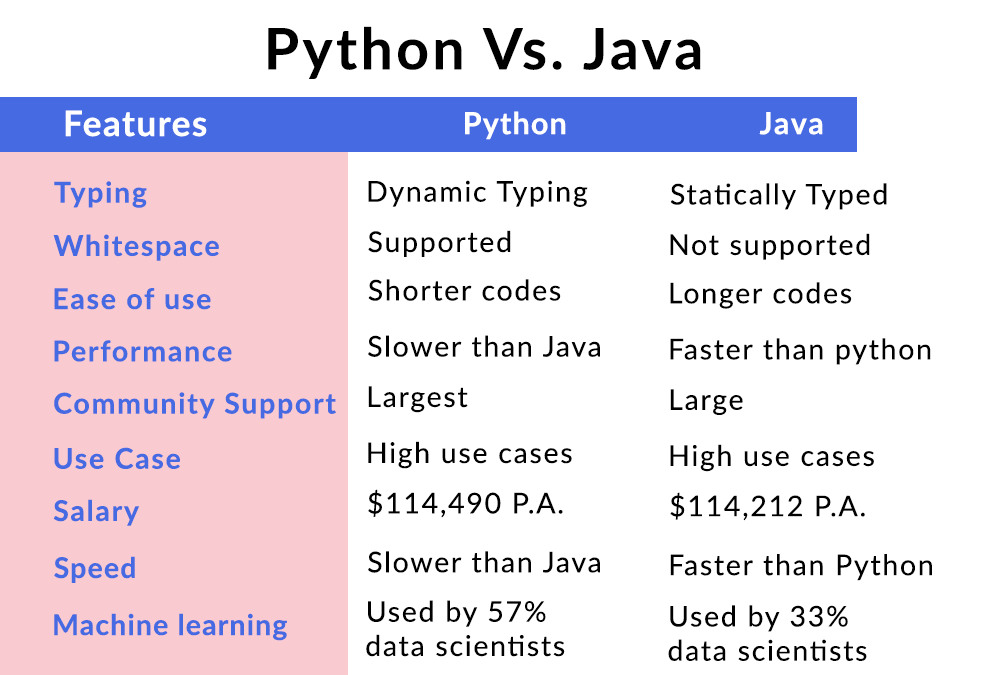 The new support model of Oracle changes the landscape of Java. Although a free alternative remains, developers can take stock of the new release schedule and support models. Java clients must pay Oracle for support, periodically alter OpenJDK versions, or depend on third-party patches and security updates such as Red Hat or Amazon.

At the same time, with Python 3, Python cleared a big hurdle. For the first time, Python has a more cohesive support model than Java, and open source developers concentrate on the new language versions. It gives an edge to Python. Whether the dynamic typing of Python is better than the static method of Java is subjective. Both models are followed by a discussion, and it is a matter of what is right for you and your team. However, python’s string comparison gives it an upper hand over Java.

If you are a beginner and want to develop an app quickly, then Python’s syntax is more preferable than Java. Python runs smoothly, even on large projects in both languages. But performance is where Java can easily outwit Python. But all things considered, Python’s advantage over the disadvantages of Python like Python string comparison easily outweighs Java. So, you can consider Python over Java for various reasons in Python vs Java differences.

Java Vs Python, which is better?

Python is a language that is more productive than Java. Python is an elegant syntax interpreted language, making it an excellent choice in many areas for scripting, which rapidly application development.

Should I learn Java or Python first?

If you are a beginner then Python should be the very first language that you should probably learn.

Can Python be used for the back-end?

Python is a versatile programming language that can be used both as front-end and back-end.