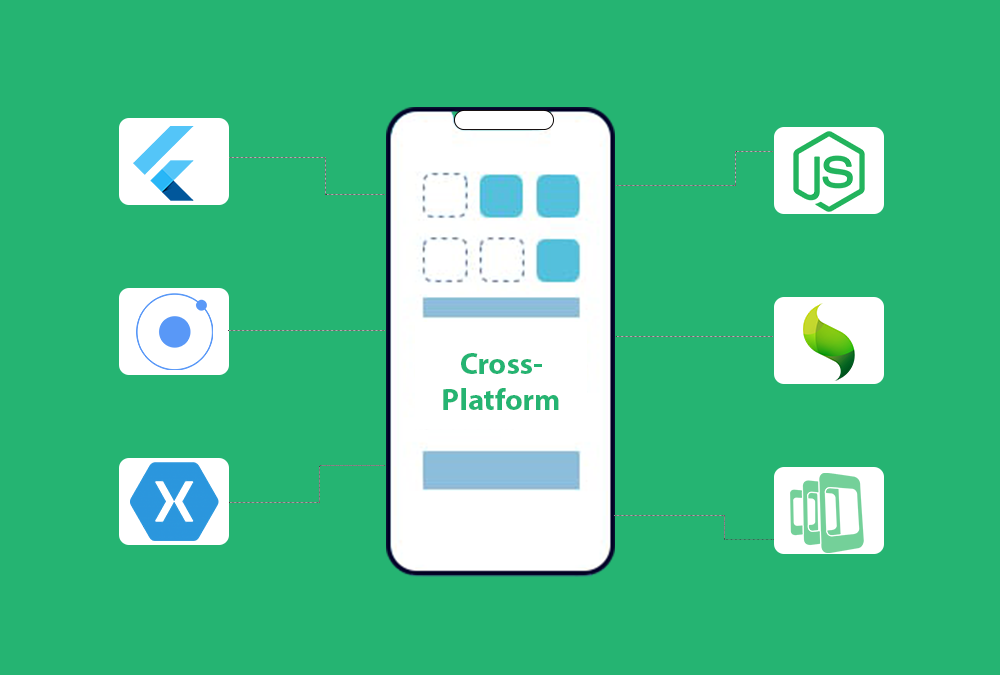 Technology is often unpredictable, and it could make you lose business opportunities by sticking to old conventional methods. It is appropriate to choose the right platform, system, or development process because competition in the mobile application field has increased. In turn, the extensive coverage of the cross-platform mobile application system leads to a growing number of native app developers.

Android and IOS are the most widely used platforms for mobile application development. You can launch native-like applications on various platforms, such as Android, iOS, Windows, with a single codebase utilizing Cross-Platform Frameworks. Therefore, at a much-reduced cost, you will broaden your scope to the intended audience on all platforms.

Let us try to understand why businesses are exploding their way in the mobile app development business by the given graph: 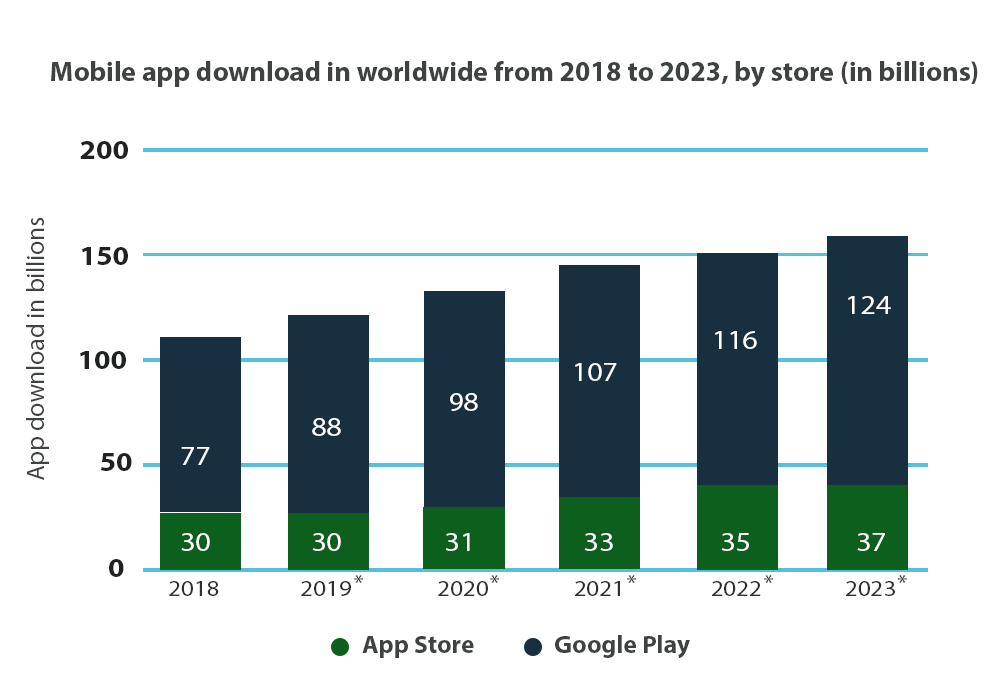 So, we have seen the importance of mobile app development in business and its unstoppable fame in the virtual world. Now let’s talk about the cross-platform frameworks. We have also compiled a list of best cross platform app development frameworks out of the wide variety of options available.

With its unmatchable features, let’s go through the list of best cross-platform frameworks to develop chartbuster apps in 2020:

Flutter is a popular cross-platform mobile development framework written in dart language. Flutter is launched by Google, making it a trustworthy one for that reason. Also, it is an open-source SDK for the development of mobile apps.

Flutter App Development has become popular with Skia with the option of the 2D rendering engine. It is one of the strongest cross-platform frames in the creation of mobile apps. The great thing about Flutter is that if you find any bug, you can not restart the entire creation process in real-time.

There is a tug of war between Flutter and React Native. Few developers consider React Native as the best cross-platform mobile development for developing an app, and equally few developers consider Flutter as the best app framework for developing an app. But frankly speaking, within a few years of its introduction in the app development market, it is already considered as one of the most popular frameworks for app development.

There are many upsides to this JavaScript platform, including simple integration, fast testing, and an enormous library of current or ongoing projects. Unlike in native apps, this JavaScript cross-platform framework allows you to see the changes very easily. The React Native Architecture has a broad variety of interconnected components.

Xamarin was released in 2011 but later was acquired by Microsoft in 2016 as an independent cross-app development background to lend more legitimacy. It is an open-source project to address the issue of separated native technology stacks, making multi-platform mobile app development challenging and costly.

Xamarin consists of world-class libraries, cross-platform development tools, and languages for programming. .NET has been used by multinational companies as a secure system. It enables you to share 75% of the code across various platforms to speed up your growth. Xamarin Forms, a web interface, allows you to easily have a clear view of every device and framework.

Debugging is very simple in any browser with common web inspector software. Native SDKs are not expected to be maintained and this facilitates compilation. You can then use the PhoneGap Desktop software to make your job simpler if you don’t know commands.

Ionic is an MIT-licensed open-source cross-platform application framework. The translation uses HTML5. In design and layout very similar to AngularJS. It also inherits a few iOS and Android design features. It enables you to create hybrid native apps for Android and iOS and progressive web applications.

With this best cross-platform mobile development, you can build Ionic mobile applications like Angular. JS, React. JS, Vue. JS or HTML5. With one Ionic codebase, you can develop apps on different platforms. There is now more than 100 smartphone React UI components. Ionic also provides a wide range of native plugins.

Corona is a versatile tool for developing Android, iOS, Kindle, Apple TV, Android TV, macOS, and Windows 2D games and applications. This is a free single codebase SDK that Corona Labs has built in the year 2009. This system for a mobile app uses Lua, an incredibly light and fast language for programming.

In the development of games, programmers also use Lua. This leading language for scripting is used by popular games such as Angry Bird, Warcraft, Civilization, etc. Corona also has a plugins library to expand the hybrid framework functionality. If the plugin appropriate to your needs is not available in the library of the Corona, you can also call your native library or API in Corona.

Pros of this mobile cross-platform framework:

Cross-platform solutions are effective; however, because of their heterogeneity of the mobile platforms, they have not gained enough miles since birth. Now that the field of mobile app development is essentially divided into two leading platforms — Android & iOS — the development of a cross-platform mobile app will soon see much more progress.

You will quicken your business’ by selecting the best choice available. Furthermore, this list shows you can not select the best platform for creating mobile apps. Instead of selecting a system, look at all available options and choose which corresponds to your project’s requirements. Most of the major mobile app development frameworks are different, but they have the same fundamental features.

What is a cross-platform framework?

What is the best cross-platform framework?

Few of the best cross-platform frameworks are:

How do you make a mobile app cross-platform?