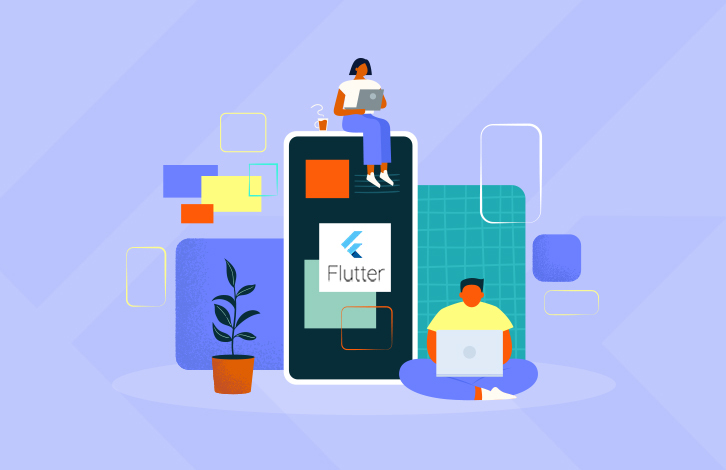 Flutter app is a vibrant Google cross-platform mobile framework used to create robust UI designs for mobile and web applications. The framework was officially released in December 2018 in a conference organized by Google. The Flutter framework has gained immense popularity in different spaces starting from prestigious Software development companies like GitHub and Stack Overflow by standing out from its contenders like React Native.

Several significant factors make the Flutter framework one of the most sought platforms to develop robust mobile apps. Being an open-source UI development framework, Flutter allows app developers to develop interactively appealing mobile and web apps using a single codebase. With this terminology, Flutter developers can imply the code to design identical applications for different platforms.

Why is the Flutter Framework Best Option for Mobile Development?

Flutter framework comprises a UI library based on widgets featuring a collection of reusable UI elements like buttons and text inputs. The framework allows the personalization of these elements as per the needs of a Flutter app development company.

The Flutter development embeds an interactive UI design. The utilization of Flutter as a programming language tends to ease the development of APIs.

Features that Made Flutter Framework the Most Popular App Development Framework

Here we are listing the notable features that make Flutter UI framework a popular choice in the mobile app development industry. This section will also help you to understand why Flutter is far ahead of its contenders as a UI framework.

Designing and creating an application is not a cake-walk and consult a Flutter app development company about the hard work that goes within the process of the same. The hour’s need is to get a framework that is easy to handle while exploring its structure. After you have laid your hands-on JAVA and SWIFT, you will understand the amount of user-friendly behavior of the Dart backend framework that it has to offer.

Organizations are using the Flutter framework to attain high revenues in a short period and go through the lucrative results in real-time. It takes a small amount of time to code UI designs after being saved to update the application itself. In general cases, the significant modifications allow the Flutter developers to reload the app.

However, any changes that you wish to procure can be handled in real-time through the Hot Reload feature integrated with the Flutter framework.

It might not be a great idea to develop a product all at once. In many cases, companies wish to develop apps faster, and apps are taken into consideration. An erroneous move-in process framework may come in handy and could affect the compilation adversely.

It is a relatively cheaper option for creating a mobile application, for it is of great help as it does not drain you out to use and take care of two apps.

With its manifold benefits, Flutter can change the whole code and take no time to show the results in real-time. It is crucial to have new documentation each time we are on a project. Learning the same from flutter will turn up many advantages and add up the cherry on the cake.

Flutter programming has a robust community, as said by many, and almost all who have laid their approach to the same. A technology full of potential is sure to capture the market with leaps and folds that it has already started to process. Therefore, its community of users is growing as fast as a smart city in the modern-day era.

Companies offering Flutter app development services and solutions use several tools and frameworks to help them remain competitive in the market by developing apps with strong UIs. Flutter is a significant inclusion in the Flutter development environment utilized by the developers.

The developer community uses Flutter app development for startups and well-established companies to develop cross-platform and native mobile apps with no intricacy in the code. This fact has made business giants like Google, Alibaba, Microsoft, and SpaceX recognize a wide-spread Flutter utilization in their popular applications.

We are listing top apps made with the Flutter framework language by the industry leaders including those mentioned above:

Now you can know the exceeding popularity and growth of the Flutter app framework with a great set of features and advantages. All of Flutter’s benchmarks are worthy of its capability to develop futuristic and robust mobile applications. 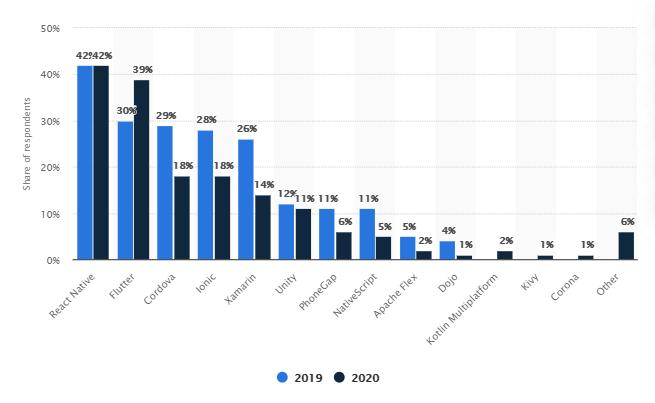 Talking of conventional tools, it takes plenty of time to develop cross-platform applications. However, it is complicated and full of challenges. Since both Flutter and Android are the products of Google, the Flutter development environment has been designed considering its complete compatibility to develop robust mobile apps for the Android platform and developing cross-platform apps.

We asked developers about their experience of using Flutter and other frameworks. Many of them said that Flutter app development has made it dramatically simpler to add layout elements using Dart programming language with no intricacy, which was not the case with other frameworks they used to use before.

With the growing popularity of Google framework Flutter, app development companies have increased demand to develop Flutter apps. The addition of new technologies like Hot Reload has made Flutter stronger than its contenders. It is offering everything an app developer would need cross-platform app development.

Flexibility is another factor that makes Flutter an easy choice for app development companies. If you are an aspiring business leader and wish to develop your mobile app with Flutter, a Google mobile development framework, or any other advanced framework, you can consult us. We can provide you with a proper consultation about what framework can help develop your business application.

What programming language does flutter use?

Flutter uses Dart as the primary programming language. It also makes use of its more advanced features.

What is Flutter used for?

Why did Google create Flutter?

Google created Flutter to make it easier for developers to create cross-platform applications without compromising the quality of the applications.

Which apps are built with the Flutter framework?

Reflectly, Alibaba, Google Ads, and Hamilton Musical are few of the most famous apps built with the Flutter framework.