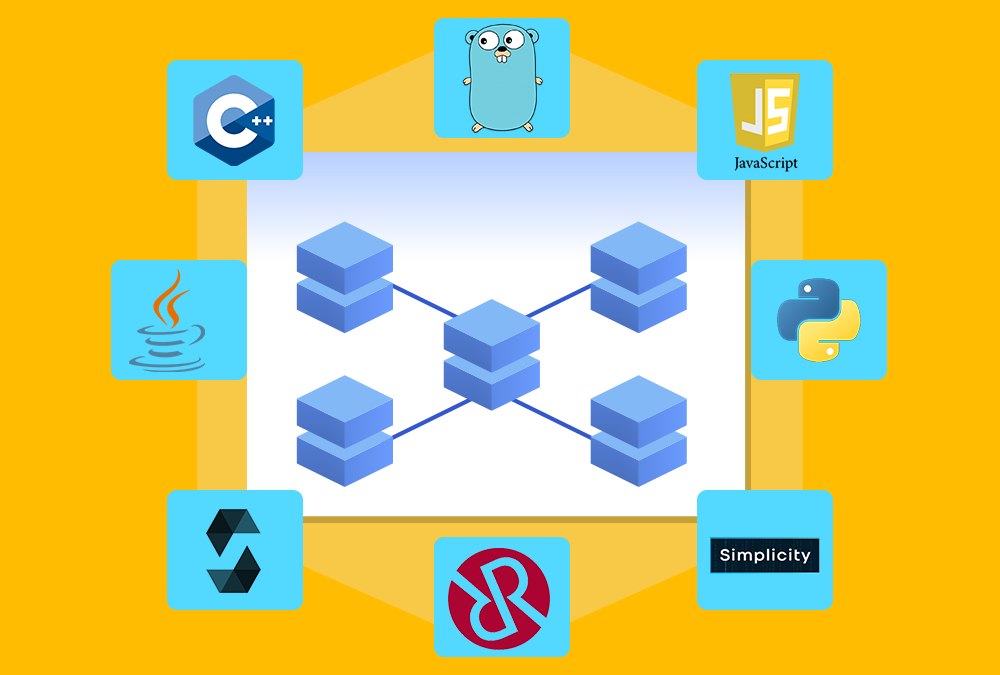 In the Blockchain industry in recent years has been the greatest technological advancement. For both company and public blockchain domains, Blockchain has simplified multiple use cases.

So, much of the blockchain hype is the product of the white papers on cryptocurrency, their enormous growth in valuation, and their gradual decline. Wealth has a way to attract our gaze. But the fantasies of outrageous riches contain intricate modern programming languages that transform how we conceive of machines.

Global blockchain growth is estimated at 67% Annual Compound Growth Rate (CAGR) in 2020–2025, from 3.0 billion USD in 2020 to 39.7 billion USD by 2025. The increasing need for business processes to be streamlined and solutions for supply chain management combined with blockchain technologies would propel the entire blockchain sector. The largest size of the market is expected to be in 2020 for private blockchain models. 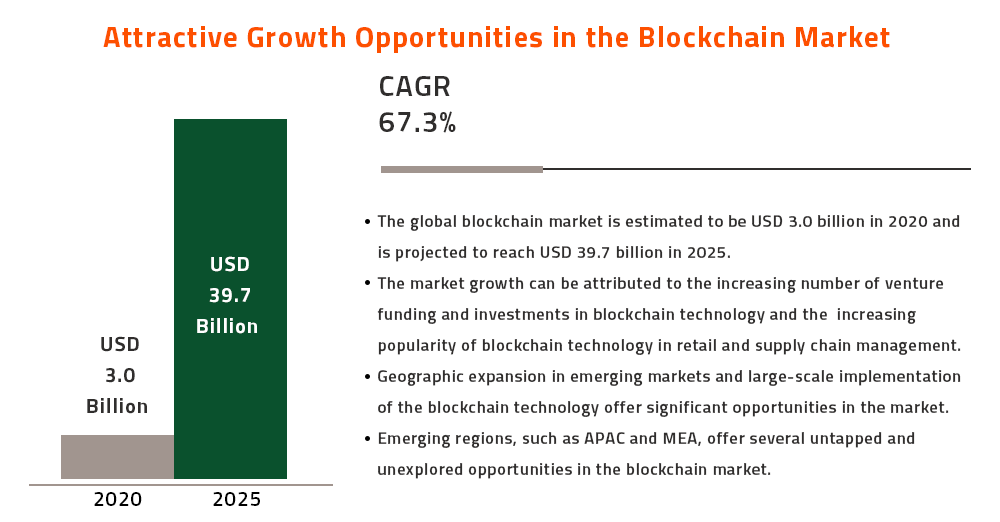 A public network or a directory is a private blockchain protected by standard authentication methods, such as restricted access privileges. A private blockchain with personal keys that are only known to the associated entity is usually provided with confidentiality. A private blockchain is a blockchain type, under which writing rights within a particular organization are centralized. Reading permissions may also be regulated based on the accessibility of the company.

Upgrade yourself according to the market trend.

1. C++: One of the Best Programming Languages for Blockchain

C++ language is the oldest and most revered language in this series of top Blockchain programming languages. Nearly all of us know it’s the C language extension. A dataset, functions, and artefacts that can be quickly named and repeated in other programs to minimize the coding time are generated in C++. C++ is very fitting for blockchain ventures as blockchain blocks & chains can be easily manipulated.

Besides, C++ is so versatile for blockchain ventures, that it provides absolute power over the use of CPUs and memory. For high resource demand, C++ is very helpful as it is important to provide fast service to all nodes at once. C++ is also implemented for Bitcoin writing as well as for integrating a broad range of blockchain applications in the majority of cases, which is advantageous for blockchain growth. C++ is one of the best Ethereum programming languages. 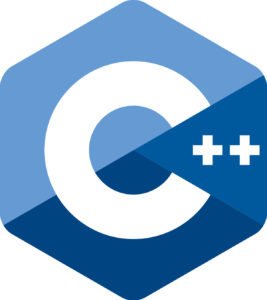 2. JavaScript: One of the Best Programming Languages to Use in a Blockchain

JavaScript is one of the most popular programming languages to use in Blockchain. JavaScript is the driver that powers modern web creation with libraries and frameworks such as jQuery, React, Angular, and Node. It strengthens its features with HTML and CSS. Javascript is used mostly for creating highly immersive Web sites.

Python can be used in almost every field and Blockchain technology isn’t an exception. A comparatively modern language of programming, Python has an English-like syntax and is also the favourite of new codecs. A server may use Python code to create web-based software. It is also used to connect to systems in databases. It can accommodate huge numbers and do complex maths. Python is also the best answer for what programming languages are used in Blockchain technology.

Read also: Everything to Know About White Papers in Cryptocurrency

Python’s key programming benefit is that developers can use it in both the compiled form and the compilation of sources at runtime. It’s fine both for foundation methods and scripting. Developers also used uncompiled Python to code and alter its existence throughout service blockchain logistics and farm applications. Python is also a dedicated Ethereum programming language.

4. Java: One of the Best Blockchain Programming Languages

Also, Java was an incredibly important language for the world wide web’s existence. It is useful for designing dynamically immersive websites in blockchain programming. You will use it to create plain and unchanging blockchains. It is unlikely for someone to alter the information or contents of one block with this immutability. However, Python is overshadowing Java.

The EVM is the operating system of the Ethereum platform for intelligent contracts. Solidity is a static language, serving legacy, databases, and difficult forms of users. To date, it is Ethereum’s most adapted DSL and blockchain industry.

6. GoLang: One of the Best Languages for Programming Blockchain

GoLang is a comparatively new, general domain language that Google created in 2007 and revealed to the public in 2012. It is a static language with a very similar syntax to C. GO is an effort to merge the syntax and versatility of modern languages like Python & Javascript with the performance and security benefits of C, built as a versatile, multifunctional language. It includes a comprehensive standard library. GO is a compiled language. GoLang is considered the best-typed Bitcoin programming language.

This functionality allows full consistency when using GO in a blockchain project with multiple pieces. It also provides other performance-enhancing functions, including generics, classes and legacy, designers, annotations, exceptions, etc. Go is also easy to understand uncomplicated language. This is clear because the Go language network has more than 800,000 developers. 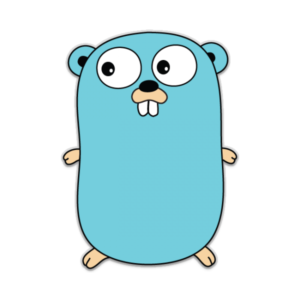 This is another blockchain programming language. The vocabulary was constructed in 2017 by Rusell O’Connor. To improve productivity, this language masks many logical components from developers. This is one of the reasons why the developer community is gathering a lot of traction today. Simplicity is a great option to learn Blockchain coding.

It is one of the best programming languages for both skilled and open source developers to write intelligent contracts. Simplicity has object-oriented features, like C++, and blockchain-like concepts are used to avoid data modification. Furthermore, it will arrange services in the forest. This eliminates the need for block space and allows for limited sizes.

For the development of smart contracts, Rholang is a wonderful programming language. The language does not use an object-oriented approach to solve certain blockchain issues. This language is very useful. That’s one explanation why it’s so famous on GitHub. The entire program is evaluated and resolved in sequence in Rholang applications as a set of functions.

The variables used to store the data vary markedly from languages like C or Python that alter the value of the variables over time. Therefore, rather than providing an object orientation, Rholang has a model of functional programming, with the Blockchain development language most common in this category. It is one of the most underrated programming languages for Blockchain. 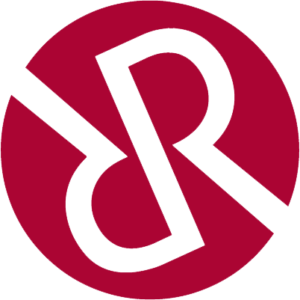 Blockchain technology is a tool of innovation that triggers a massive revolution worldwide. It will continue to influence the flow of properties and data in contemporary market transactions. It will also have a tremendous effect on businesses and companies, particularly in the banking sector. Governments around the world are already experiencing and are now leveraging blockchain technologies to provide people with governance.